Sydney, Australia — ESI-AFRICA.COM — 01 March 2011 – Driven by higher demand for gas-fired electricity from consuming Asian countries “’ especially China and India, in addition to Japan, South Korea, and other Southeast Asian countries “’ Australia is expected to more than double its liquefied natural gas (LNG) exports from 18Mt in 2009/10 to 41Mt in 2015/16.

Revealing this here, the country’s top forecaster said the increase would catapult Australia to the second largest LNG exporter in the world after Qatar, up from the fourth largest in 2009, as it stepped up production to meet rapidly growing demand for the fuel in Asia.

“Over the next five years, Australia’s LNG exports are projected to increase at a rate of 19% pa, underpinned by a number of new projects under construction,” the Australian Bureau of Agricultural and Resource Economics and Sciences (ABARES), said in a report.

The report added that with an estimated US$203 billion of LNG projects on the drawing board, the Australian LNG industry was aiming to export 60Mt of LNG by 2020.

Emerging Asian economies such as Thailand, Singapore, the Philippines, Bangladesh and Pakistan, will also experience some LNG import growth.

“Worldwide, LNG trade will increase by 9% to 230Mt, driven by demand for gas-fired electricity and higher industrial and domestic consumption,” the report concluded. 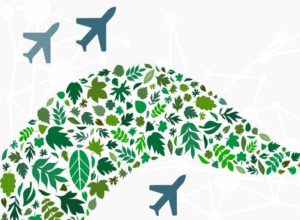