25 March 2013 – Work to repair and modernise the Matala hydroelectric dam in Angola is progressing with the masonry work expected to be finished by the end of 2013 according to director of Angola’s national power company Empresa Nacional de Electricidade (ENE), João Pinto.

He says that with two turbines operating the dam produces some 40 MW and a modernisation project, costing US$266 million, will replace the three existing turbines and boost the hydroelectric scheme’s power production.

According to Macauhub, Pinto told Angolan news agency Angop that the company would increase the power supply to the city of Lubango from 80 to 120 MW with the installation of a thermal power plant in June. The thermal power plant is to be built in the same location as a sub-station vicinity of the railway neighbourhood and would have a capacity of 40 MW.

He notes that this amount of power would be in addition to another 40 MW generated by the Arimba thermal power plant. As well as construction of the Lubango thermal power plant, Pinto says that ENE will also repair the electricity supply grid in the Matala municipal area, 180 kilometres from the capital of Huíla province. 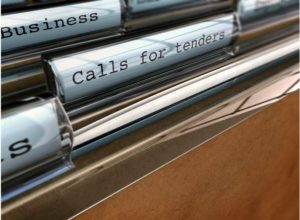 TANESCO invites bidders for the development of wind power projects