“ICM shares the vision with CleanStar Mozambique “’ a partnership between the Danish Novozymes and the American CleanStar Ventures companies “’ to implement sustainable farming practices for smallholder farmers, and to integrate food and energy production that will generate health and economic benefits for the Mozambican people,” the company indicated in a press release here posted on its web page.

Since it was founded in 1995 ICM has centred its activity on the renewable fuel industry, taking part in a project to build a number of bio-refineries now operating in the United States.

ICM is specifically designing and building equipment for a cassava-based ethanol (ethyl alcohol) production facility now under construction in Mozambique, with future production to be sold in Maputo.

A press release distributed when the partnership was established indicates that CleanStar Mozambique aims to start producing ethanol in 2014 and to supply fuel to 20% of homes in the Mozambican capital.

Besides supplying clean fuel to thousands of families, the partnership also aims to improve the health of the population, which will no longer breathe in fumes produced by burning coal. It will also protect 9,000 hectares of forest per year. 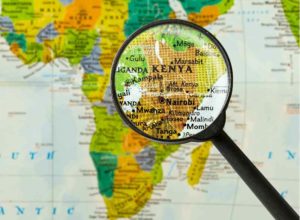 What does the future of energy in East Africa look like?