The fund, which focuses on sub-Saharan Africa is managed by Berkeley Energy, which focuses on developing and investing in renewable energy projects in emerging markets and is “shortly expanding into West Africa”, the AfDB said.

The AfDB and its Sustainable Energy Fund for Africa (SEFA) are the fund’s lead sponsors, with equity investment of $25 million and $25.5 million, respectively, together with $4.5 million from the Global Environment Facility, reported international law firm, Pinsent Masons.

The Facility is supported by multilateral finance institutions including the AfDB, the Asian Development Bank and the World Bank Group.

According to the AfDB, SEFA has additionally committed a $10 million project support facility “to be deployed at an early stage to structure bankable deals.”

“The total AfDB-mobilised package of $65 million has provided a solid foundation for attracting capital from commercial and institutional investors to the renewable energy segment in Africa.”

The African Renewable Energy Fund held its first close of $100 million in March 2014 and since then “has been investing capital in grid-connected development stage renewable energy projects, including small hydro, wind, geothermal, solar and biomass projects”, the AfDB said.

In June, leaders of West African nations launched an initiative to reform energy sector policies and create “a pipeline of bankable investment projects” to boost access to sustainable energy throughout the region, reported Pinsent Masons.

The AfDB’s vice-president for infrastructure, private sector and regional integration, Solomon Asamoah, said the West African Energy Leaders Group identified “a range of priority projects at both regional and national level for its first year”.

“The emphasis will be on practical, appropriate measures that will contribute to the creation of a favourable environment for investment.” 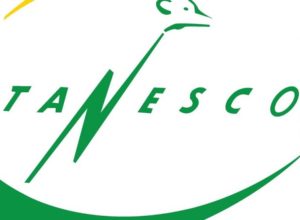