Johannesburg, South Africa — ESI-AFRICA.COM — 05 April 2011 – African governments should unbundle generation and distribution at their state power utilities, and they should allow private energy producers into the sector to unlock the growth of their power sectors.

Various delegates attending an African power conference here said political interference and governments’ unrelenting grip on power utilities had left much of Africa in the dark, and the electricity sector underdeveloped.

He used Kenya’s example to show how the introduction of private players into the power sector had boosted generating capacity and helped the country bring back to service some 30% of installed plants which used to be idle.

“Governments keep on avoiding independent power producers (IPPs) because as soon as IPPs come in, they are going to reflect the actual cost of electricity, and this scares the government,” he said.

IPPs across Africa have said they could supply thousands of much-needed megawatts to the utilities or directly to end users, but they have been blocked by regulatory hurdles and the lack of power purchase agreements.

Riungu pointed out that the states could still have a stake in energy companies, but should not keep a monopoly on the industry.

“Utilities need to be unbundled so they can provide a level playing ground for the power generators,” Riungu said. “Letting other producers in would also free up the government to invest in other sectors and needed social infrastructure.” 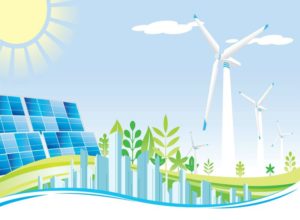