23 July 2013 – The International Energy Agency (IEA) has forecast that hydropower could double its global energy contribution by 2050 and that much of this growth will occur in emerging economies.

There are many opportunities for hydropower developments in South Africa and in emerging economies such as Angola, Tanzania, Nigeria and other African countries, according to engineering group Aurecon. 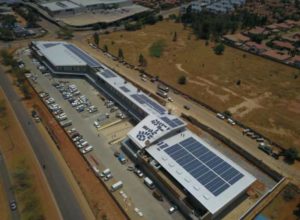 A retail centre captures the power of the sun through 872...