“If we don’t develop electricity facilities, how shall we achieve the MDGs?” he asked. “Electricity together with transport will lower the cost of doing business and open investment opportunities.”

“We can use hot springs to generate electricity,” Museveni said. “The African Rift Valley system has a potential to generate about 14,000MW from geothermal which is small but it is better than nothing.”

Commenting on this small number, Museveni called for more use of renewable energy resources.  He continued that Uganda would continue building dams along with Nile, despite donor criticism.

“I can no longer listen to anybody as far as electricity is concerned.”

“We created the energy fund which will enable us enter a public private partnership to co-fund energy projects,” said Museveni.

In order to promote more geothermal generation, the Ugandan government has intervened to reduce geological risk, agreed on a standard power purchase agreement and provided an enabling environment for private sector participation.

“That will make the business environment predictable, and fasten negotiations with the private sector and bring down the transaction costs,” he said. 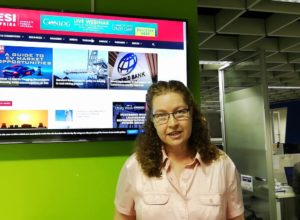