18 June 2013 – Eskom’s 2012 year-end presentation has been given an accolade by the Investment Analysts Society (IAS), which voted it as the “Best Presentation to the Society (market cap above R30bn)”. The award is based on more than 250 company presentations that were made to IAS members in the 2012/2013 reporting cycle.

Aman Jeawon, the utility’s group financial controller says, “Eskom is a significant player in every aspect of the South African economy. We have a responsibility to share information in a transparent and meaningful way with all our stakeholders.” Eskom’s presentations have sought to provide analysts, investors and all stakeholders with a complete and honest account of Eskom’s challenges and plans, he says.

“We started presenting our results to the Investment Analysts Society two years ago; we were the first state-owned company to do so. We have tried to provide our view of the overall context in which we operate as well as the necessary detail for stakeholders to draw their own conclusions.

“Eskom is committed to being transparent to its stakeholders and we have implemented a regular programme of communication over the past three years. We publish both interim and annual results and in November 2012 released our first interim integrated report,’’ he says.

IAS chief executive Ann Marie Wood says, “The awards are made to companies that show excellence in communication and reporting, including transparency in their disclosures as well as corporate governance adherence.” 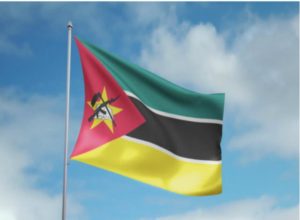 Mozambique: 400,000 households to be linked to electricity grid