12 November 2007 – Namibian utility, Nampower have awarded power and automation technology group ABB an order worth US$180 million it was revealed last week.

The contract, to connect two sections of the transmission grid and strengthen the network, will use ABB’s high voltage direct current (HVDC) light system – a transmission technology that will stabilise the two networks and increase grid reliability. It is the first time this technology has been used for long overhead transmission lines.

This project forms part of a 350Kv, 300 MW (upgradable to 600MW) transmission link between the north-eastern Caprivi region and the network in central Namibia. This link will additionally form part of the interconnection between Namibia, Zambia, Zimbabwe, the Democratic Republic of Congo, Mozambique and South Africa, as an alternative transmission route.

"The new Caprivi Link Interconnector will enable the establishment of power trading in the expansive region of southern Africa," said Peter Leupp, head of the power systems division

"It will allow a more efficient use of power resources in the region, including renewable energy," he added.

ABB is responsible for system engineering including design, supply and installation of the two converter stations and earth electrodes. 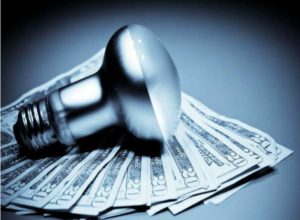