Up to $28 million will be spent supplying Chinese manufacturers, operating in Zambia’s Copper Belt region, with power.

In a statement, Sisala said, "The total cost of providing power supply is about $27,8-million. It is expected that the project will be completed by August 2008 to enable the smelter to commence copper processing,"

Approximately $1.2 billion in investment has been promised by China, with $900 million earmarked for the Chambishi region.

Local sentiment has been mixed as regards the Chinese investments, and the main opposition, Patriotic Front party, last year campaigned and won parliamentary polls on an anti-China platform.

Anti-Chinese sentiments have been growing since 2005, when 50 workers were killed in an explosion, said to be due to poor safety standards, at BIGRMM Zambia Ltd, a Chinese run company.

Zambia is the first African country to experience riots due to charges of poor labour relations, safety standards and low wages paid by Chinese firms to local miners. 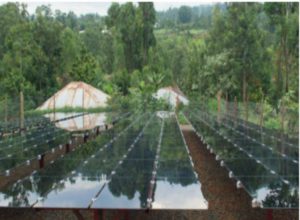