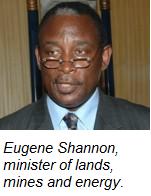 1 November 2007 – It has been disclosed by the ministry of lands, mines and energy in Liberia that the United Nations Industrialisation Development Organisation (UNIDO) has agreed to construct 12 mini hydro stations in that country.

Albert Chea, assistant lands, mines and energy minister, said negotiations were underway between the government, Liberian Electricity Corporation (LEC) and other stakeholders; and UNIDO representatives to carry out the construction of the projects.

While discussions were still in the early stages, UNIDO has apparently asked the Liberian government to specify areas where the hydro plants could be built. All relevant stakeholders were collaborating with UNIDO in order to get the electrical installations built.

Lands, mines and energy minister, Eugene Shannon, also spoke about a study which is being done on the feasibility of revamping the Hydro Coffee Plant. He expressed the hope that the plant would be ready to start providing electricity within the next few years.

The ministry has also commenced with a three day ‘Renewable Energy for Rural Development Workshop’ at the City Hall in Monrovia. Sponsored by the ministry and USAID, it is intended to explore activities and policies to increase the use of renewable energy in Liberia.