3 March 2009 – ContourGlobal subsidiary ContourGlobal Kivuwatt Ltd has signed an agreement with the Republic of Rwanda to develop an integrated gas extraction and electricity generation facility that will provide 100 MW of natural gas-fired electricity to Rwanda and the East African region.

The US$325 million Kivuwatt project will be the first large scale facility to extract methane from the depths of Lake Kivu, a deep water lake located on the border of Rwanda and the Democratic Republic of Congo.

ContourGlobal will develop, construct and operate a platform-based gas extraction system that will be moored off the Rwandan coast and will extract methane gas from a depth of 350 metres. The gas will be processed and transported by pipeline to ContourGlobal’s power plant being developed in Kibuye. The power plant is the first Independent Power Project developed in Rwanda and will more than double the amount of electricity currently generated inside the country. In addition, electricity generated by the project also will be available to serve the surrounding East African countries of Uganda, Democratic Republic of Congo and Burundi.

The project has been under development for two years and has included extensive seabed surveys and methane gas sampling in the lower depths of the Lake. Construction of the project will be in two phases with the first phase of 25 MW becoming operational in 2010 and the second phase of 75 MW going into operation in 2012.

The electric generation component of the project will be powered by Wartsila natural gas burning engines. ContourGlobal Kivuwatt Ltd has entered into a 25-year concession and power purchase agreement under which it will sell electricity generated by the power plant to the Rwandan electric distribution company, Electrogaz.

Joseph Brandt, president and CEO of ContourGlobal, said: “We are honoured that the Government of Rwanda has chosen to entrust us with the development of this unique resource. Lake Kivu’s gas will provide a clean source of power generation for a region suffering from extreme shortages of reliable and affordable electricity.”

Minister of state in charge of energy and water in the Ministry of Infrastructure of the Republic of Rwanda, Dr Albert Butare added: “Signing the agreements with ContourGlobal on this project represents a very big and important new step towards reliable future power supply to Rwanda. It is the first of its kind in terms of the magnitude of cooperation with private investors in the energy sector and we are very much looking forward to its implementation.”

ContourGlobal develops and operates electric and combined heat and power businesses around the world with a focus on both high growth, under served markets and innovative niches within developed markets. In Africa, ContourGlobal is currently constructing electricity generating projects in three countries, Togo, Nigeria and Rwanda. The company is also actively developing additional projects in sub-Saharan Africa. 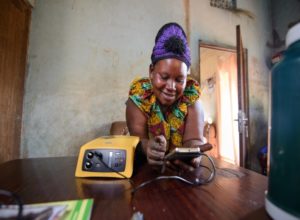