KenGen and the Government of Kenya, have received loans from the Japan International Cooperation Agency and European Investment Bank (EIB) respectively and have further applied for additional funding from EIB towards the cost of the Olkaria 1 Additional Unit 6 Geothermal Power Project.

In reports earlier this year, US firm Ormat Technologies Inc, said that it had expanded the capacity of its Olkaria geothermal plants in Kenya to a total of 139MW, enough to power 250,000 local sized households per year.

According to media, the fourth plant at the Olkaria III complex, a 29MW facility, is now in commercial operation.

In October 2015, ESI Africa reported that the east African country was using temporary geothermal wellheads as another source of clean energy, which has the capacity to feed an extra 56MW to the national grid.

Engineers at KenGen highlighted at the time that it could take a number of years to construct a single geothermal power plant, as it has to be fed by steam from several wells, which are often drilled and left open for years awaiting completion of the main plant, reports IPS.

Geothermal accounts for 51% of the national power mix in Kenya, placing hydroelectric in second place accounting for 40%, which was the leading source of energy  in early 2015. Other sources including thermal and wind account for the remaining 9%.

Applications for prequalification should be submitted in sealed envelope and be clearly marked “Application to Prequalify for Construction of Steamfield for Olkaria 1 Additional Unit 6 Geothermal Development Project.”

Envelopes can be delivered to the below address by no later than April 22, 2016.

For more details on this tender and the tenders below, you can subscribe to our Tender Subscription Service.

By partnering with a global information provider, we can offer a database of opportunities for the energy industry.

An annual subscription gives access to tender notices across the African continent for all energy sectors. 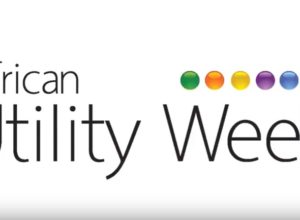