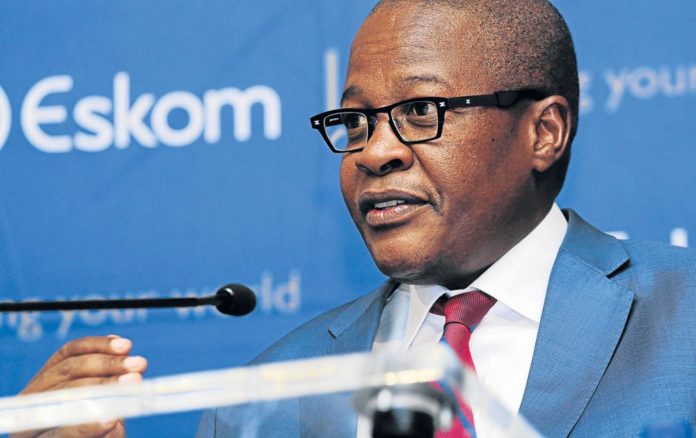 The former Eskom Chief Executive is expected to resume his position as head on Monday 15 May, 2017, Eye Witness News reported.

Eskom says the decision follows an extensive consultation process with experts in the pension and legal sector, EWN reported.

A decision was then taken to reverse his employment contract and he will return to his previous position next week, the utility added.

Confirming this on behalf of the Eskom Board is Kulani Ngomana, who told EWN that the news is “definitely true” and the former CE will resume on Monday.

As no mutual agreement was reached regarding the  review of his pension payout, which was performed at the request of the Minister, the Board decided to rescind its initial decision of a pension payout.