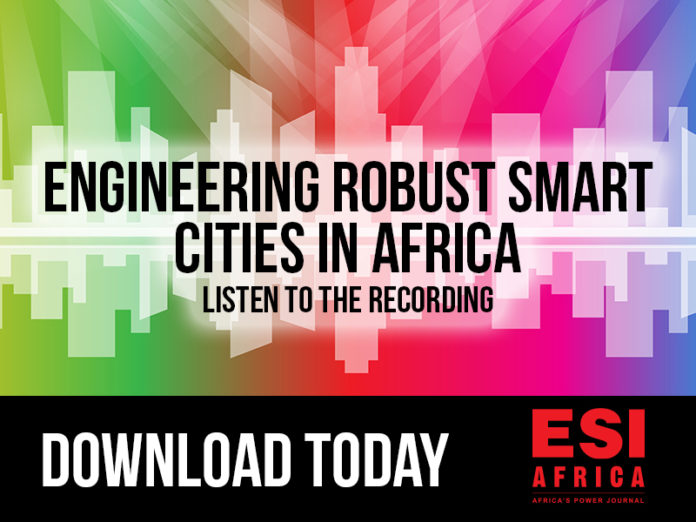 The webinar looked at the following aspects:

Urban growth is a strain on the capacity of government to provide basic services, such as water, electricity and public transport.

It is estimated that currently 40% of Africa’s population lives in cities and this is expected to increase to 50% by the mid-2030s.

The World Population Review estimates the Lagos population to be over 21 million, while Nairobi is predicted around 4 million and Johannesburg at approximately 5 million.

Within this encroaching threat lies the opportunity to engineer Africa’s smart cities.

According to the Edison Electric Institute and the Smart Cities Council: “Far too many cities and electric companies are developing their programmes in isolation.”’

Cities and electric companies should not miss this opportunity to work together in building robust smart cities in Africa.