Making history, Portugal was the first country in the world to commit to net-zero carbon emissions by 2050. Once again, taking the lead in October 2019, it brought forward a deadline for closing its last coal-fired power plants to 2023. In November, our editor toured the Iberian country to experience this transition first-hand.

Home to 10.2 million people, Portugal has become a recognised champion of renewable energy technology for electricity production with its basket of onshore wind farms, hydropower plants, biomass initiatives and solar energy applications. In the last two decades, the country’s power system has integrated new supply from renewables at a yearly average growth rate of 6%: a pace that has worked favourably for Portugal.

Its transition to a less carbon-intensive energy market is guided by proactive policies and, more importantly, the actions of various stakeholders. The buy-in has been impressive as operators – from energy companies (e.g. EDP, Efacec, MecWind, and CapWatt) to innovative enterprises in various applications (e.g. battery storage), along with end-users (e.g. Ikea) – have heeded the call for change. Led by the government’s National Plan for Energy and Climate (PNEC 2030), the country has undertaken a decarbonisation journey.

The goals include energy efficiency, clean transportation, and implementing smart networks, power storage, and flexibility in demand-supply. Another policy document, the Roadmap to Carbon Neutrality (RCN 2050), approved in July 2019, supports all sectors contributing to reducing emissions, increasing efficiency and innovation, promoting improvements (notably in buildings, agriculture, and waste management), with expectation that the energy system will contribute significantly in terms of generation.

Moreover, the Portuguese Renewable Energy Association (APREN) cautions that alongside the roadmap it will be necessary to develop plans for transmission and distribution grids to be drawn up in agreement with national goals. This path will be in anticipation of a programme for the most cost-effective integration of new renewable energy projects. In APREN’s 2019 Yearbook, the non-profit organisation highlights that Portugal’s commercial trade exchanges with Spain recorded an export balance of 2.7TWh, while in 2018 Portugal’s market recorded an average price of €57.5/MWh.

The actions by some cities such as Évora demonstrate the importance of the role played by local authorities and academia. Évora University’s Renewable Energy Chair has embarked on exploration endeavours to address expansion into new markets and the best fit for innovative technologies; so the path is clearly set to future proof the clean electricity transition. The university’s research teams have set their sights on adapting solar technologies for complementary applications that will have far-reaching influence in the water-energy nexus domain – and specifically for agribusinesses. Through the various research programmes, the country’s renewable aspirations will benefit from new technology like concentrated solar photovoltaic (CSPV), redox flow battery storage, and floating solar photovoltaic projects, all of which can support island-grid development.

Portugal, highly reliant on its hydropower capacity, has 46 large hydro plants totalling 6,751MW, which are impacted by seasonal drought and floods. Therefore, closing thermal power stations must be conducted alongside the steady rise of alternative technologies. Its most recent hydroelectric project under construction in northern Portugal will directly replace the power lost when the Iberian country closes its last coal-fired plants.

The 1,180MW coal-fired Sines plant, owned by domestic utility EDP, will close only when a hydroelectric complex with three dams, plants and pumped-storage station being built by Spanish wind giant Iberdrola in the Douro River basin begins operating.

Once completed, the Tamega complex will act as a “natural battery” against fluctuating solar and wind supply. It will have capacity to supply two million homes, through a process of collecting water, then storing and generating energy by moving it between reservoirs at a height difference of more than 650 metres. Iberdrola Chief Executive Ignacio Galan said such storage technology was vital to achieve emissions-cutting targets. “If you don’t have these plants, you need fossil fuel plants,” he said. “To reach the zero-emissions target you need systems that emit zero.”

Here is a market looking to embrace renewables and more importantly invest in a sustainable and responsible future with a circular economy pumping the country’s lifeblood – the all-important GDP growth. Boosting this energy ideology, the Portuguese government has passed legislation (effective from 1 January 2020) that improves on the 2014 self-consumption guidelines. This directive will provide a more precise and more favourable framework for the deployment of small and medium renewable projects. Ahead of the curve is Ikea’s Alfragide store in Lisbon, which boasts an onsite 967kWp solar photovoltaic system installed in 2016.

Surprisingly, the plant is positioned east to west, and therefore more modules (at just over 3,000) are needed. Motivating this deviation from the norm was the emphasis put on achieving the highest yield. Another trailblazer in Portugal is Exide Technologies. The company, famous for the manufacture of batteries for various applications, has invested in an onsite solar PV plant. The 4MW solar park owned by EDP Group comprises 10,000 land-based and 1,000 rooftop modules.

To minimise wastage, Exide operates a battery recycling plant (as a separate legal entity). Here, over 97% of reclaimed materials from used batteries are reused or recycled. The plant also has an operational solar park of 400kW. The Ikea store and the Exide solar parks and battery recycling plant are among the projects in Portugal that are an inspiration to the global C&I market to invest in a circular economy. The country is also host to a progressive wind energy industry. With six main wind zones, the country’s wind atlas and EIAs determine where the towers are positioned. The wind farms are prolific – 236 wind power plants totalling 5,205MW capacity; however, according to BioInsight, strict long-term EIAs must continue in this field. Wind energy is seeing a lull and solar is taking up the slack with rooftop PV, solar PV plants, concentrated PV plants, and battery storage shining through.

Overall, Portugal is the market to watch as it progresses toward an energy revolution and innovative grid. The country has a long way to go before it achieves a completely decarbonised electricity market and it is not without risks. Perhaps the country’sup and coming offshore wind projects will play a role in reaching its goal and the EU’s overall climate and renewable energy targets. ESI 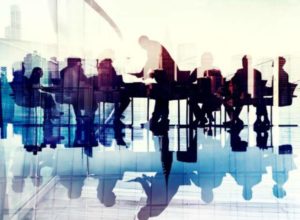