How digitalisation is reshaping the energy sector 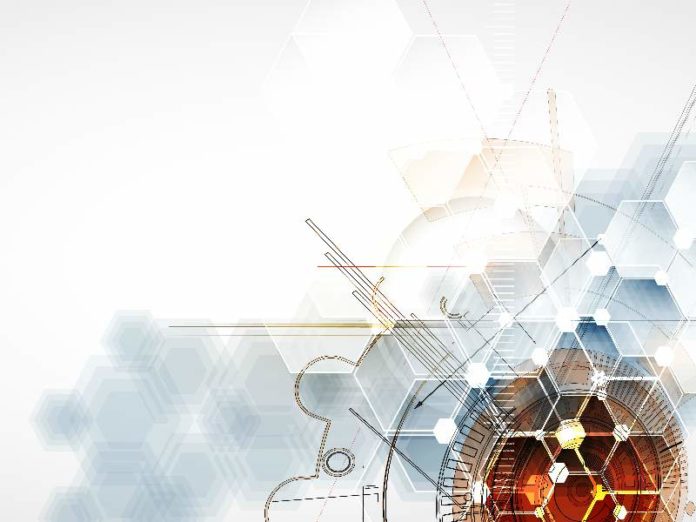 Digitalisation is making inroads into every sector and energy is not immune to this disruption. In some respects, the industry can embrace digitalisation as a key enabler of the transition to a low-carbon energy system. Let’s explore what this transformation actually means for the electricity network.

Digitalisation holds the potential to build new architectures of interconnected energy systems, including breaking down traditional boundaries between demand and supply.

The impact of these tremendous digital advances and their rapid deployment across the energy landscape raises the fundamental question of whether we are on the cusp of a new digital era in energy and, if so, what are the emerging trends. The International Energy Agency’s Digitalization & Energy report attempts to answer these questions.

All energy demand sectors are feeling the effects

Digital technologies are already widely used in energy end-use sectors, with the widespread deployment of potentially transformative technologies on the horizon; such as autonomous cars, intelligent home systems, and machine learning within factories. While these technologies could improve efficiency, some could also induce rebound effects that increase overall energy use.

In the transport sector, all modes of transport and their supporting infrastructure are becoming smarter and more connected, improving safety and efficiency. Digitalisation could have its biggest impact on road transport, where connectivity and automation (alongside further electrification) could dramatically reshape mobility.

Meanwhile, the overall net impacts on energy use are highly uncertain. Over the long term, under a best-case scenario of improved efficiency through automation and ride-sharing, energy use could halve compared with current levels. Conversely, if efficiency improvements do not materialise and rebound effects from automation result in substantially more travel, energy use could more than double.

In buildings, the analysis shows that digitalisation could cut energy use by about 10% by using real-time data to improve operational efficiency. Smart thermostats can anticipate the behaviour of occupants (based on past experience) and use real-time weather forecasts to better predict heating and cooling needs.

Smart lighting can provide more than just light when and where it is needed; light-emitting diodes can also include sensors linked to other systems – for example, helping to tailor heating and cooling services.

In industry, many companies have a long history of using digital technologies to improve safety and increase production. Further cost-effective energy savings can be achieved through advanced process controls, and by coupling smart sensors and data analytics to predict equipment failure.

3D printing, machine learning and connectivity could have even greater impacts. For example, 3D printing can be used to make aircraft lighter, reducing both the materials to build the plane and the fuel to fly it.

Energy suppliers stand to benefit the most

The oil and gas industry has long used digital technologies, notably in upstream, and significant potential remains for digitalisation to further enhance operations.

Widespread use of digital technologies could decrease production costs between 10% and 20%, including through advanced processing of seismic data, the use of sensors, and enhanced reservoir modelling. Technically recoverable oil and gas resources could be boosted by around 5% globally, with the greatest gains expected in shale gas.

In the coal industry, digital technologies are increasingly being used in geological modelling, process optimisation, automation, predictive maintenance, and to improve worker health and safety. Specific examples include driverless trucks and tele-remote equipment operated from the control room. Digitalisation’s overall impact, however, may be more modest than in other sectors.

Analysis indicates that in the power sector digitalisation has the potential to save around $80 billion per year, or about 5% of total annual generation costs.

In the power sector, the analysis indicates that digitalisation has the potential to save around $80 billion per year, or about 5% of total annual power generation costs. This can be achieved by reducing operation and maintenance costs, improving power plant and network efficiency, reducing unplanned outages and downtime, and extending the operational lifetime of assets. One example of this is the use of drones to cheaply monitor thousands of kilometres of transmission lines over rough terrain.

The greatest transformational potential for digitalisation is its ability to break down boundaries between energy sectors, increasing flexibility and enabling integration across entire systems. The electricity sector is at the heart of this transformation, where digitalisation is blurring the distinction between generation and consumption, and enabling four interrelated opportunities:

Digital technologies that make all these potential benefits possible also use energy. As billions of new devices become connected over the coming years, they will draw electricity at the plug while driving growth in demand for – and energy use by – data centres and network services.

However, sustained gains in energy efficiency could keep overall energy demand growth largely in check for data centres and networks over the next five years. Data centres worldwide consumed around 194TWh of electricity in 2014, or about 1% of total demand. Although data centre workload is forecast to triple by 2020, related energy demand is expected to grow by only 3% thanks to continued efficiency gains.

Direct energy use over the long run will continue to be a battle between data demand growth versus the continuation of efficiency improvements.

Data networks, which form the backbone of the digital world, consumed around 1,85TWh globally in 2015, or another 1% of total demand, with mobile networks accounting for around two-thirds of the total. Depending on future efficiency trends, by 2021 electricity consumption from data networks could increase by as much as 70% or fall by up to 15%.

This large range highlights the critical role of policy in driving efficiency gains. Beyond the next five years, providing credible assessments of energy use by digital technologies is extremely difficult. Direct energy use over the long run will continue to be a battle between data demand growth versus the continuation of efficiency improvements.

While digitalisation can bring many positive benefits, it can also make energy systems more vulnerable to cyber-attacks. To date, the disruptions caused to energy systems by reported cyber-attacks have been relatively small. However, cyber-attacks are becoming easier and cheaper to organise. Moreover, the growth of the Internet of Things (IoT) is increasing the potential ‘cyber-attack surface’ in energy systems. Full prevention of cyberattacks is impossible, but their impact can be limited if countries and companies are well-prepared. Building system-wide resilience depends on all actors and stakeholders first being aware of the risks.

Digital resilience also needs to be included in technology research and development efforts as well as built into policy and market frameworks. International efforts can also help governments, companies and others to build up digital resilience capabilities. A variety of organisations are involved, each contributing its comparative strengths, including to share best practices and policies as well as to help mainstream digital resilience in energy policy making. Policymakers in the energy field should participate in broader government-wide deliberations about these effects and how to respond to them.

Policy and market design are vital to steering digitally enhanced energy systems onto an efficient, secure, accessible and sustainable path. For example, digitalisation can assist in providing electricity to the 1.1 billion people who still lack access to it. New digital tools can promote sustainability, including satellites to verify greenhouse gas emissions and technologies to track air pollution at the neighbourhood level.

Digital resilience also needs to be included in technology research and development efforts as well as built into policy and market frameworks.

While there is no simple roadmap to show how an increasingly digitalised energy world will look in the future, the IEA recommends ten no-regrets policy actions that governments can take to prepare for digitalisation:

1. Build digital expertise within their staff.

3. Build flexibility into policies to accommodate new technologies and developments.

4. Experiment, including through ‘learning by doing’ pilot projects.

7. Monitor the energy impacts of digitalisation on overall energy demand.

9. Provide a level playing field to allow a variety of companies to compete and serve consumers better.

10. Learn from others, including both positive case studies along with more cautionary tales. ESI

This article is based on an adaption of the Digitalization & Energy report published by the International Energy Agency. Download the full report at webstore.iea.org/download/direct/269