A requirement being brought into place for South Africa in the electrical field of a ratio of one qualified artisan to mentor two apprentices highlights that such qualified artisans are thin on the ground.

One of the observations of Nick Du Plessis, managing director of P&T Technology, whose organisation trains apprentices and learners to qualify as electricians, does training and assessment for their wireman’s licence (department of labour registration) and provides other courses in the electrical field, is the approach of youngsters to their career path. “Very few look at the training in terms of their careers. They simply want a job, any job, and if they get another that pays a bit more, no matter what it is, they will do that.” The young people his organisation sees have already been screened, filtered and invested in, typically by well-known groups such as Zest and B&W Electrical and Instrumentation.

The issue is highlighted across South Africa every year by queues of people at universities who realise that simply passing matric will not ensure them a job. They attempt to get into whatever course they can, no matter what it is.

In spite of the existence of the subject of life orientation at school, it comes down to a lack of career guidance, in general, at high schools across South Africa. “Young people get very little exposure as to what different careers entail. Part of the problem has been the closure of technical high schools in South Africa.”

And here the educator in Du Plessis speaks, as well as someone who has learned the electrical trade from bottom up. “What it comes down to with this, or any career for that matter, is that a good artisan is doing what he or she wants to do.”

There is the take a child to work initiative, but Du Plessis says this is insufficient, as one cannot convey in a day or two what a particular profession is all about. “We should expose learners to talks or displays from people or companies with industry experience, or to effective career guidance and subject choice, so that they can make important life decisions.” There will be those who will find they want do work with their hands, and others who will shy away from it.

Unfortunately the current labour laws and environment is not very conducive towards exposing learners to the workplace. This makes it hard to place learners where they can get exposure to a job environment. There is the expense of induction programmes, the need to supply personnel protective equipment (PPE), and there is the risk of the occupational health and safety repercussions should an accident happen. Thus youngsters who do get brought into the workplace do not get to do work on equipment until they have learnt to apply the safety criteria and understanding of the workplace and the equipment they will use, and this is a long term process.

As it stands the industry has a large contingent of an older generation of artisans. There are younger people coming through, but the layer comprising people aged, say, late 20s to late 40s is very thinly populated. Training and workplace factors across the country have been in part responsible for this situation, as has immigration, with many artisans having left the country due to their skills being in high demand internationally. The one positive of people with artisan or technical skills from South Africa being able to choose jobs overseas is that it is an indication of the level of abilities in the sector. At the same time South Africa has proven to be attractive to people from other parts of Africa who have skills and a better appreciation of the realities of the job market.

Thus, when corporate executives list factors in South Africa that inhibit investment, not far behind the untenable labour environment and unavailability of electricity capacity for expansion comes the shortage of skills to actually implement projects. There have been some signs of a recognition that the existing system, where Sector Education and Training Authorities (SETAs) were established in 2000 to replace industry training boards, is not working well. The SETAs were given much greater powers than the training boards used to hold, and far reaching responsibilities. Unlike the old training boards, the SETAs are supposed to be concerned with learnerships, internships, unit based skills programmes and apprenticeships. Their role includes the administration of skills levies from employers within each sector to make money available for education and training. Unfortunately many of the SETAs became dysfunctional.

There have been numerous instances where people who achieved their National Qualifications Framework (NQF) qualification have had to wait over a year and are still waiting months to receive their certificates from the energy and water sector education and training authority (EWSETA), for example. Transfers of systems from one SETA to another did not go smoothly due to various internal issues. None of this has helped the smooth induction of much needed skills into industry.

A lot of money is being pumped into the further education and training (FET) colleges in South Africa and time will tell how effective this intervention will be. A key element involves ensuring people with the right skills are doing the training, with there being initiatives to improve the skills base of those instructors. And while the SETAs focus on different industry sectors – be they chemical, construction or energy – the skillset for an electrician remains essentially the same.

Du Plessis says that the hopeful underlying trend is that artisan skills training shows signs of returning to the basics. It is reflected in a focus on apprenticeships and artisans learning from those with experience in a daily practical manner. Thus a typical training programme comprises 32 weeks of training at an institution, split into three sets of 12 weeks; and 80 weeks of on-site industry training to get the necessary practical experience.

The whole process comes down to the question of how one creates an experienced artisan: the individual who takes pride in the job. To the extent that while there were three times as many artisans working on many facilities across South Africa ten years ago, the facilities still operate because of the determination of those who remain to ensure it is so. These are people who have a wealth of expertise and insight and hard earned precision when working with their hands, as well as what is key to being a good electrical artisan: the ability to diagnose faults. “This is not a process that can be accelerated. While there might be the occasionally gifted individual who can be accelerated through this, for most, you cannot leave out the steps that generate the hard-won experience.”

It is reminiscent of the old guild process that slowly helped bring Europe out of the dark ages, of how apprenticing to a good artisan can put one on a solid lifelong career path. Learning a trade from a dependable older artisan also requires the right approach. One has to ask the questions, for artisans usually will willingly talk about what they know but probably won’t volunteer such information to passive, blank faced audiences.

A lot of the old artisans who came out of the original technical training schools were often people who had no real interest in desk learning but who have become highly respected for their skills. Will some of the any-job-for-best-pay-I-can-get youngsters of today evolve into such artisans? Groups like P&T Technology, where the training is applied in a disciplined way, will help, but mostly it is an internal process for each individual. 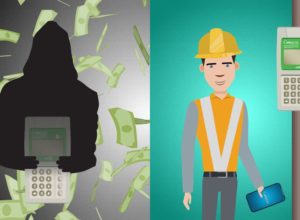