Notorious for their crimes, Wesley Rotich and James Ngondoli are serving sentences of 10 years and 17 years respectively for vandalising a 100KVA transformer and stealing 420 litres of transformer oil in Kapseret area on the 4 and 5 June 2017.

The two were sentenced to serve 14 months each by an Eldoret Court, thus increasing their sentences to 11 years and 18 years respectively.

He said that vandals not only inconvenience customers but also cost the Company revenue that could be otherwise directed to building electricity distribution infrastructure but is instead used to replace vandalised assets.

“I am pleased that through working with the Kenya Police and other security stakeholders, the number of vandalised transformers has reduced from 133 in the previous financial year to 100. We urge the public to support our efforts to curb this menace and report any suspicious activities to Kenya Power offices or to the nearest police station,” he said.

Kenya Power has sustained surveillance on the network through countrywide operations to crackdown vandalism and illegal connections. Through these efforts, there has been an 81.3% decline in cases of vandalism countrywide. 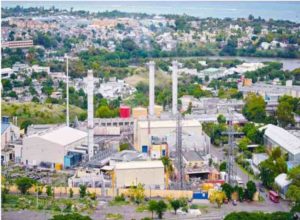