KAWASAKI, JAPAN―Toshiba Energy Systems & Solutions Corporation (Toshiba ESS) is conducting research that employs IoT and AI technology to improve capacity factors of geothermal power plants. The research program, which began this month and is scheduled to continue until FY 2020, aims to reduce the rate of problem occurrences at power plants by 20% while boosting capacity factors by 10%. This research program has won positive evaluation and a grant from by the New Energy and Industrial Technology Development Organization (NEDO).

Geothermal energy yields steady output, making it capable of serving as baseload power for expanded use of renewable energy which the world demands. With the third largest geothermal resource potential in the world, Japan has high expectations for geothermal energy generation. At the same time, the cost to generate power from other renewable sources such as solar power is dropping, so geothermal power plants need to be managed more efficiently.

Taking these circumstances into consideration, this research program uses actual models within the geothermal power plants to run tests on their predictive diagnostics that utilize big data analytics, and their preventive measures for turbine scales1 which is one of the factors that decrease capacity factor.

For predictive diagnostics that utilize big data analytics, research is conducted by employing analytical tools that break down and evaluate past and real-time plant operating data to predict problems ahead of time which could potentially shut down the power plants.
For preventive measures for turbine scales, research is conducted with effective sprays including chemical agents which prevent scales to be built inside of the turbine. Control of the scales is also verified by using IoT and AI technology to optimize the use of chemicals, as well as the timing.

Mr. Takao Konishi, Director, Vice President of the Thermal & Hydro Power Systems & Services Division at Toshiba ESS says, “We are confident that these tests will serve for boosting introduction of geothermal power and contribute to a realization of a low-carbon society.”

Since making first delivery of geothermal steam turbine in 1966, Toshiba ESS is the leading global supplier, accounting for 23% 2 of installed capacity, with a current overall delivery record3 of 3,687 MW or 57 units.

Note 1 Geothermal steam includes scales (solid components) such as silica , and non-condensing gas which has corrosive components. Since scales formed in turbines, heat exchangers and pipes sap such equipment’ performances, or obstruct pipes, they must regularly be removed and regular countermeasures must be taken to run geothermal power plants. 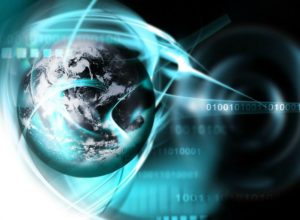