The world’s multilateral development banks (MDBs), taxpayer-funded institutions charged with helping end global poverty, are still not moving fast enough to scale up their support for energy solutions that would reach the world’s poorest the fastest, concludes a new report from Oil Change International.

The report was released today, as the UN Economic Commission for Africa’s Conference on Climate Change and Development gets underway in Nairobi.

One billion people around the world lack access to electricity, and nearly three billion still
rely on polluting solid fuels like wood or charcoal for cooking. To address this challenge,
the Sustainable Development Goals aim to deliver universal energy access by 2030.

But while the MDBs have endorsed this goal, this new report, titled ‘Shortchanging Energy Access: A Progress Report on Multilateral Development Bank Finance’, shows
that from 2014 through 2017, MDBs directed just 2% of their energy finance
toward the off-grid and mini-grid energy solutions that are the most impactful ways to
close the electricity access gap.

According to the International Energy Agency, to achieve universal electricity access by 2030, off-grid and mini-grid solutions would account for more than two-thirds of additional electricity supply investment.

To the contrary, MDB financing for off-grid and mini-grid energy solutions declined significantly from 2016 to 2017, the report finds.

Support for clean cooking fared even worse: only 1.6% of MDB energy finance supported clean cooking solutions, according to the analysis released today.

“We need multilateral development banks to finance those energy solutions that can reach the poorest fastest. They shouldn’t continue to pour money into fossil fuel projects, few of which have a clear link to energy access. Off-grid and mini-grid solutions should be a central part of these institutions’ plans, especially in regions with the lowest rates of energy access, including Africa,” said Thuli Makama, Africa Senior Advisor at Oil Change International.

“If multilateral development banks keep directing only 2% of their energy finance toward  the most-needed energy access solutions, there is little hope of meeting the global goal of universal energy access by 2030.”

Of the billions of dollars MDBs continue to provide to fossil fuels, the analysis found that
just 9% contained elements that support energy access for the poor.

The analysis finds some bright spots: of the limited MDB finance directed at improving
energy access for the poor, nearly two-thirds went to countries with the largest number
of people without access; with nearly half of this finance targeting sub-Saharan Africa,
the region with the greatest share of the global population without energy access.

The report also notes that, unlike the other MDBs, the AfDB has set quantitative targets
for energy access, and tracks new connections from off-grid energy and household
access to clean cooking in its Results Measurement Framework.

The report recommends MDBs (i) direct at least half of their energy finance to projects
focused on advancing energy access for the poor and/or rural areas; (ii) support distributed renewable energy and clean cooking solutions so that these solutions
receive at least one-third of total MDB energy finance; and (iii) set clear targets for
energy access and collectively track energy access finance and its outcomes. 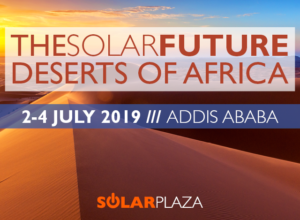 Africa: The deserts are blooming