MIGA, a member of the World Bank Group, has issued EUR164.5 million in guarantees to two investors in the Nachtigal Hydropower Company.

The Agency has provided Breach of Contract cover for up to 15 years to French power developer and operator EDF International, as well as STOA, a French infrastructure investment vehicle that focuses primarily on Africa.

MIGA guarantees have been provided alongside payment and loan guarantees from the IBRD, and an investment, loan and risk management swaps by IFC.

The Hydropower Project is a 420MW hydropower plant on the Sanaga River, about 65km north-east of Yaounde, and will contribute an additional 30% of installed generation capacity in Cameroon, along with significant climate co-benefits.

The project is being developed on a Build, Own, Operate and Transfer basis under a 35-year Concession Agreement between the Project Company and the Republic of Cameroon, and a Power Purchase Agreement between the Company and Energy of Cameroon (ENEO), a privately-owned electricity distribution company. One of few hydropower Public-Private Partnerships in Sub-Saharan Africa, the Project will sell power to ENEO at a rate of EUR .061/kWh – among the lowest tariffs for a hydropower plant.

Nachtigal will be connected to the Southern interconnected grid, which represents about 94% of Cameroon’s national electricity consumption, comprising major cities such as Yaounde and Douala.

“As a project in an IDA-eligible country, as well as one with significant climate change mitigation benefits, the Nachtigal Hydropower Project is a high priority for MIGA,” MIGA EVP & CEO Keiko Honda said.

“Equally importantly, I am pleased this project has mechanisms to help address environmental and social concerns, which are of utmost importance to MIGA.” Read more: MIGA finances six solar PV plants in South Africa

At present, 6 out of 10 of Cameroonians have access to electricity, and peak demand is expected to quadruple by 2035. The country has the third largest hydropower development potential in Sub-Saharan Africa, and forecasts estimated that hydropower will represent about 75% of the energy mix by 2023.

A comprehensive Environmental and Social Management Plan has been prepared, and addresses environmental impacts, health and safety, labor influx, and organisational capacity. An Integrity Due Diligence review was undertaken by IFC.

The project was originally developed through the IFC Infraventures programme.

Commenting on the transaction, Marie-Laure Mazaud, Deputy Chief Executive Officer of STOA, added: “The Nachtigal Dam provides a concrete response to the significant demand for electricity in Cameroon, and is a reference project for the development of similar hydro projects in Africa in the near term.

“We are pleased to collaborate with the Republic of Cameroon, EDF, IFC and Africa50 to provide sustainable and accessible energy for the Cameroonian population. The social economic impact of Nachtigal project will be huge in terms of local employment and economic growth.” 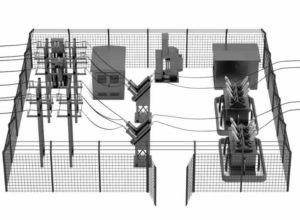