This is according to data and analytics company, GlobalData. The firm adds that the Middle East will make the most additions in gas processing capacity by 2022 with approximately 29.5 bcfd with 44 new-build projects.

Globally 249 new-build (announced and planned) gas processing plants are expected to commence operations between 2018 and 2022.

Among countries, the US is expected to add the most planned capacity of 15.2 bcfd by 2022 through 92 projects. Iran follows, with 10.4 bcfd of capacity addition through 11 new-build projects. 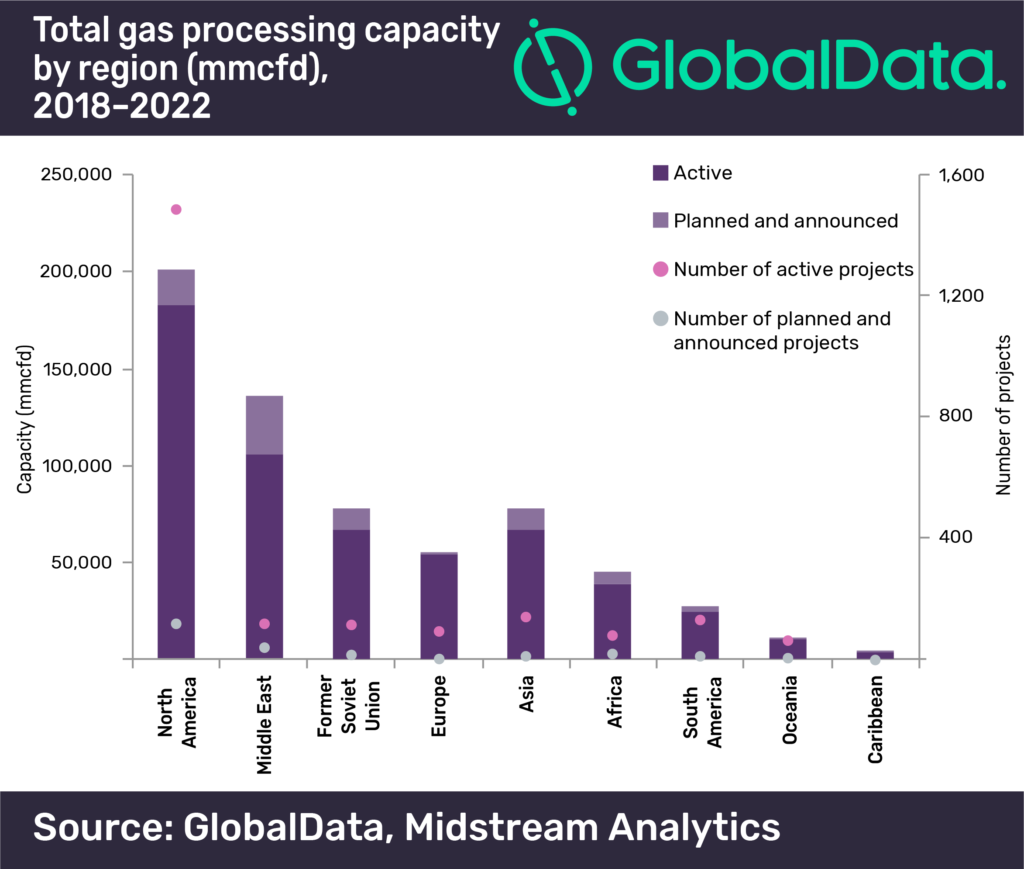 A total of $139.7 billion is expected to be spent on new-build (planned and announced) gas processing plants.

The Middle East and the FSU lead globally in terms of capital expenditure (capex) over the next four years. The two regions are expected to spend $48.2 billion and $36.4 billion on additions of planned processing capacity, respectively.

Anna Belova, Senior Oil & Gas Analyst at GlobalData, commented: “Russia and the US are expected to be the top spenders on new-build gas processing plants, with $19.3bn and $18.8bn respectively between 2018 and 2022.

“Among all the new-build projects during the period, the Galkynysh II in Turkmenistan and Tanajib in Saudi Arabia will have the highest gas processing capacities, of 2,899 million cubic feet per day (mmcfd) and 2,698 mmcfd, respectively.”

Among companies, Saudi Arabian Oil Co has the highest proposed capex for new-build projects during the period, of $12.6 billion.

National Iranian Oil Company (NIOC) is expected to add the most gas processing capacity among companies by 2022, of 6.8 bcfd.