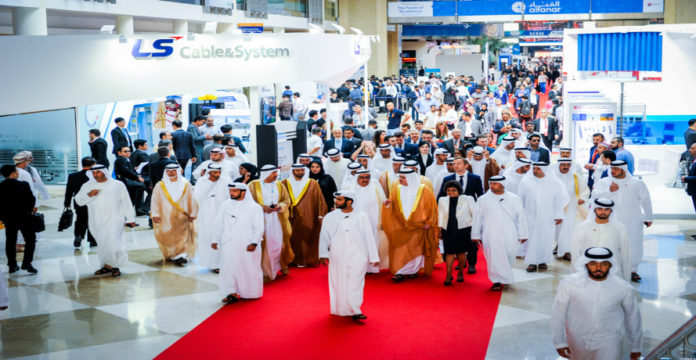 XX December, Dubai, U.A.E: Middle East Electricity (MEE), one of the world’s leading power exhibitions, has announced its theme for the 2017 edition. Alongside Dubai Municipality and the Environmental Centre for Arab Towns, who are Strategic Partners for the event, the organisers will be creating a series of new features, conferences and activations all focusing on the future of Smart Cities, and the innovations which are set to lead the way both locally and internationally in the coming decade.

Developing Smart Cities is a key focus of the Middle East energy industry, with key government projects such as the Smart Dubai initiative driving growth in this area. Dubai Municipality are partnering with this year’s Middle East Electricity on the Smart Cities theme. They are currently working on a Smart City goal and will use Middle East Electricity 2017 to update the industry on their progress. This includes advancements in their ‘City Portal’ technology which allows integration, automation and monitoring of a large number of services within Dubai, in order to ensure the city continues to meet demand from its growing population and to improve quality of life for its inhabitants. In terms of energy, this is crucial to improving efficiency and continuing to meet the city’s power needs. Dubai Municipality are also in the process of rolling out the ‘Smart Palm’ project, consisting of recharge stations and info points with complimentary Wi-Fi, across Dubai.

According to a recent Ventures Onsite report, created specifically for MEE, in a period of economic slowdown the public and private sectors are looking for renewable energy solutions that will positively impact the bottom line. In the GCC, the trend of linking Smart Cities to the agenda of economic diversification is fast gaining ground. Initiatives have been implemented in the GCC region, with three countries announcing projects for future Smart Cities: six greenfield economic cities in KSA (complemented by efforts to uplift cities such as Mecca toward Smart City status); three projects in Qatar (Lusail’s Smart and Sustainable City, Pearl-Qatar Island, and Energy City Qatar); and two projects in the UAE (Masdar City in Abu Dhabi and Smart Dubai).

Dubai’s Smart City strategy plans to transform a thousand government services into smart services. The project aims to encourage collaboration between the public and private sectors to achieve targets in six particular focus areas: Smart Life, Smart Transportation, Smart Society, Smart Economy, Smart Governance and Smart Environment. The strategy will rely on three basic principles – communication, integration and cooperation.  Another important aspect of Smart Cities is transportation, an area in which technology has advanced dramatically. The UAE is encouraging the use of electric cars and building the necessary infrastructure to support them.

A number of initiatives including the development of ‘smart electrical grids’ to encourage owners of houses and buildings in Dubai to use solar energy and sell the surplus to the government through the network itself, as well as “smart meters” that contribute to economising the consumption of electricity and water are being developed. The Dubai Plan 2021 which plans to develop Dubai into a “smart, integrated and connected city” has a strong focus on energy sustainability and using renewable energy sources. Integration of Smart Cities plans with GCC housing projects will lead to the economising of energy use at large.

Therefore, with the rapid advancements in technology and the commitment of GCC governments we may soon be seeing several Smart Cities in the GCC creating benchmarks for cities worldwide. The UAE, KSA and Qatar are expected to witness a raft of successful Smart City implementations emerging over the next couple of years.

“We believe that putting an increased onus on Smart Cities will transcend all our new features and content offerings. As the region’s leading platform for deliberation and growth for the international power community our goal is to assist the Dubai Municipality, and the wider GCC suppliers and governments, in reaching their objectives in making Dubai and other key cities around the GCC fully integrated ‘Smart Cities’,” said Anita Mathews, Group Director of Informa Industrial Group.

The inaugural half day ‘Energising the Smart City Conference’ on 15 February will feature sessions on how to provide innovative urban energy solutions. The event aims to bring together municipal leaders, energy solution providers, and research communities to debate better management of energy, the emerging technologies that are available and how to sustainably meet rising energy demands. Speakers will include H.E. Hussain Nasser Lootah, Director General, Dubai Municipality and H.E. Suhail Mohamed Al Mazrouei, Minister of Energy, U.A.E.

Adding further value to the visitor experience, another new feature will be the ‘Smart Cities Innovation Zone’. Located in Zabeel Hall 3, this dedicated area will feature ‘smart’, innovative products, systems and solutions from leading suppliers that have specific applications in a ‘Smart City’, including automation and energy efficiency. Organisations such as ABB, Siemens and Huawei have already signed on to take part, and will be showcasing their latest advancements in smart technology via an interactive product space on the show floor.

In keeping with the theme, this year’s Middle East Electricity Awards, taking place on the second day of the event, will focus on 2016’s leading Smart Power, Smart Lighting and Smart Solar projects and products. They will recognise the project teams and manufacturers responsible for innovations around sustainable urban development, energy conservation and efficiency.

Also taking place, for the fourth year running will be the Future Generation Competition. Supported by Masdar Institute, engineering students from Universities across the GCC will be given a platform to showcase their projects/technologies under the theme of ‘Smart Cities’. The shortlisted entries will have the opportunity to present their projects onsite at the exhibition, as well as a panel of judges including an expert from Masdar Institute, with two separate awards up for grabs. The ‘Judges Award’ will be handed out during the official MEE Awards night, and the ‘People’s Choice Award’ will be presented towards the end of day three.

Middle East Electricity 2017 will be taking place from February 14-16 at the Dubai World Trade Centre.