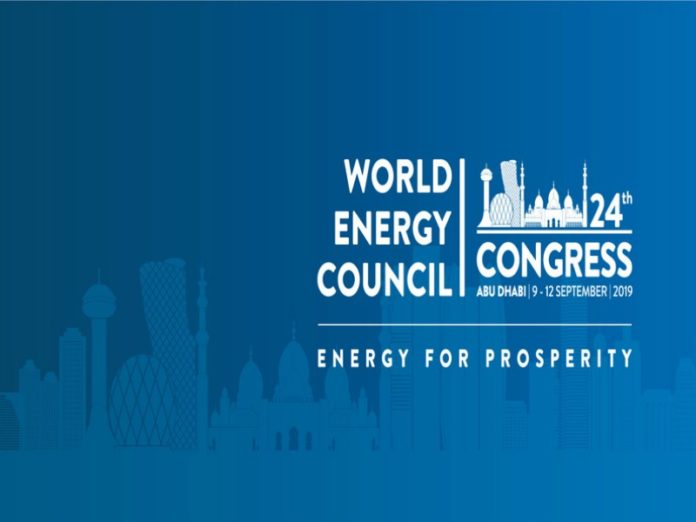 According to the International Energy Agency, carbon dioxide emissions on the planet grew in 2018 by 1.7% to 33.1 billion tons due to the increased demand for energy resources and extreme weather conditions. An increase in atmospheric carbon dioxide concentration exacerbates the global climate crisis and complicates the realisation of the ambitious goal of a number of states to achieve zero greenhouse gas emissions by 2050. According to Rodney Allam, the 2012 Global Energy Prize laureate, member of the Global Energy Prize International Award Committee, the transition to a low-carbon future is not so simple. This process requires an integrated approach, long-term planning and coherence. He presented his vision for the transition to this kind of future at the session ‘Deep Decarbonisation: New Strategies for Zero Carbon Emissions’, which took place today, September 9th, as part of the 24th World Energy Congress (Abu Dhabi, UAE).

Global decarbonisation of the global energy system is a long-term process that affects the main areas of the economy, including energy, transport, industry, agriculture, etc considers Rodney Allam.  The first wave of decarbonisation is associated with the development of clean energy technologies and the use of renewable energy sources. However, the low rate of introduction of renewable energy globally cannot ensure the achievement of global goals for CO2 emissions in the nearest future. According to Rodney Allam, the second wave will involve wide-spread deployment of new fossil fuel power generation with near zero CO2 emission and with wide-spread availability of geological CO2 disposal sites and CO2 collection pipelines. The scientist is convinced that a new life can be given to traditional hydrocarbon-powered power plants by making them environmentally friendly. This is possible thanks to the technology he developed the “Allam cycle”. The principle of operation of this cycle is as following:

Natural gas is burned in a combustion chamber with pure oxygen at high pressure, then the resulting CO2 reaction passes through a closed loop through a special turbine and returns back to the process. The system has a high carbon capture rate of almost 100%. Its additional advantage is the low cost of electricity production, comparable to the cost of electricity generation by other modern gas turbines, which is about 6 cents per kWh. At the moment, the technology is at a demonstration stage. According to Rodney Allam, its large-scale implementation, will happen no earlier than 2030.

Another way to produce clean energy from fossil fuels is associated with the technology of producing hydrogen from natural gas with 100% capture of CO2 and a thermal efficiency of 90%. The hydrogen obtained in this way can be used to substitute the natural gas used for domestic, commercial and industrial heating applications. It can substitute as a fuel replacing natural gas for existing and new gas turbine combined cycle power generation system. Its major use will be as the fuel for a new generation of fuel cell powered electric drive vehicles including trains.

Rodney Allam noted that along with the development of clean technologies, there must be a massive effort world-wide to reduce energy consumption and to implement sustainable practices. “In the process of decarbonisation of the global energy system, these measures should be universal,” he said. “Major changes in our life-styles will be necessary to replace our current consumer society with more sustainable practices including new packaging, re-cycling, more efficient LED lighting deployed universally, longer life products, efficient emission free transport, less burning of forests, sustainable agricultural systems. In these matters, coordination of the actions of the international community, the removal of political barriers and the attraction of investments in sustainable energy are necessary,” the expert summarised.

About the Global Energy Association

The Global Energy Prize is an international award for outstanding scientific research and technological development in energy. Since 2003, the Global Energy Prize has been awarded to 39 Laureates from 13 countries: Australia, Austria, Canada, Denmark, France, Iceland, Japan, Russia, Sweden, Switzerland, Ukraine, the UK and the USA.

According to IREG Observatory on Academic Ranking and Excellence, the Global Energy Prize is one of TOP-99 international academic awards with the highest prestige and significance. In the prestige rating of the International Congress of Distinguished Awards (ICDA) the Global Energy Prize is in the category of “Mega Prizes” for its laudable goals, exemplary practices and the overall prize fund.