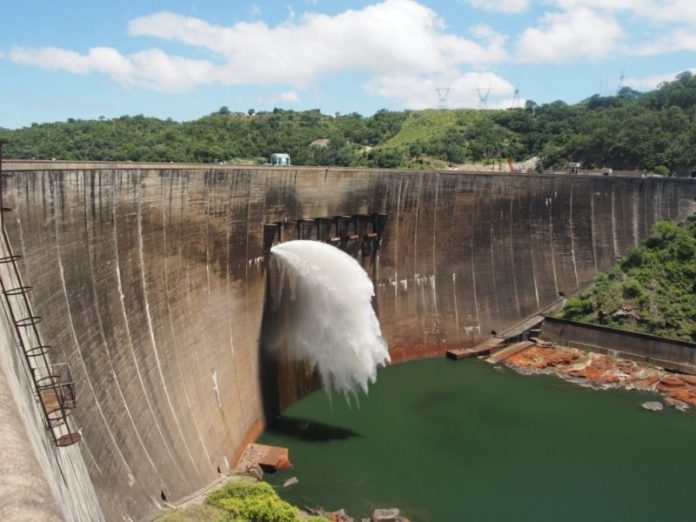 The Zambezi River Authority (ZRA) has started the final lap of the spillway rehabilitation procurement process with the launch of the works tender to a shortlist of pre-qualified companies.

The procurement is expected to be completed in time for the works contract to be awarded by the last quarter of 2018, according to a statement released on Wednesday.

The spillway rehabilitation is being funded jointly by the World Bank, African Development Bank and the Government of Sweden.

The Kariba Dam Rehabilitation Project (KDRP) consists of two components:  the reshaping of the plunge pool downstream of the dam wall, which commenced in 2017, and the rehabilitation of the spillway.

The spillway consists of the six gates in the upper part of the concrete dam wall through which the ZRA releases water into the plunge pool to manage the reservoir water levels.

“The spillway rehabilitation will ensure the continued safe, controlled release of water from the reservoir when this is required. It will restore the Kariba Dam to full operability and ensure its continued contribution to energy security and economic growth, prosperity and poverty alleviation in the southern African region,” confirmed Engineer Munyaradzi Munodawafa, CE of the Zambezi River Authority.

The spillway rehabilitation comprises the refurbishment of the upstream stop-beam guides and the replacement of secondary concrete, and the design, fabrication and installation of an emergency gate and a new gantry as an additional safety precaution.  The works are expected to be completed by 2025.

Three pre-qualified companies have been invited to tender for the spillway rehabilitation works:

The $294 million KDRP is funded by the co-operating partners – the European Union, World Bank, African Development Bank, the government of Sweden – and the Zambezi River Authority on behalf of the governments of Zambia and Zimbabwe. Read more: Zimbabwe: ZPC test run unit 8 of Kariba South project