The Japan Oil, Gas and Metals National Corporation (JOGMEC) will be setting up an office in Johannesburg next month to strengthen the trade of natural resources between the two countries.

The office will open on February 1, 2019, bringing the number of international JOGMEC offices to 14.

Recognising the immense potential, which Africa has in supplying the world with natural resources, JOGMEC entered into a mutual partnership with South Africa and has several joint ventures in place with other African countries, which ensure a stable supply of natural resources to Japan.

The company deals in the mining and procuring of oil, gas, cobalt, nickel, copper, platinum group metals and various rare metals. It also contributes to the financial and technical development of the countries which supply Japan with the minerals and resources, as explained in an official statement. JOGMEC has offices in Moscow; London; Middle-East; Vancouver, Sydney and Washington to name a few.

As the need to power more electric vehicles and smart devices grows, so will the demand for precious minerals, which are vital components in the working of most electronic devices. Positioning JOGMEC in South Africa gives the entity a strategic advantage of being able to grow its business interests in Africa, whilst also advancing the needs of the host countries.

According to a press statement, JOGMEC has interests in coal and natural gas development in Mozambique as well as the geological and geophysical surveying of petroleum in Kenya. But the Japanese owned entity has had its footprint on African soil as far back as 2008 when they established a Geologic Remote Sensing Centre in Botswana.

JOGMEC has been involved in technology transfer of satellite image analysis for mineral resource exploration, and the development of human resources for member states of the Southern African Development Community (SADC).

“By opening the Johannesburg office, JOGMEC will continue to exert synergy, grow mutual relationships with its African and world partnerships whilst continuing to provide a secure and steady supply of resources to Japan,” the corporation emphasised in a statement. 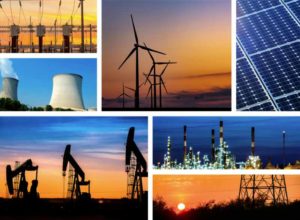