South African state-owned utility Eskom is undergoing a strategy review to overcome its bad rap of financial and governance challenges.

According to the parastatal, the review is expected to be completed by September 2018.

The aim is to ensure that the company has an integrated strategy that addresses not only its current challenges, but also ensures that the future direction is clear and focuses on stabilising the organisation, by cleaning up governance issues and stopping the bleeding, and thereafter re-energising and growing the business.

Speaking at the announcement of Eskom’s financial results, the company’s group chief executive, Phakamani Hadebe, said: “Despite satisfactory progress being maintained on the new build programme, as well as improved operational performance for the current financial year, Eskom continues to face significant challenges in the short to medium term.

“Revenue levels remain unsatisfactory, and the tariff increase of 5.2% for the current financial year further compounds the impact of the 2.2% tariff we received last year, and is therefore not expected to lead to much improvement.”

Hadebe added that: “Levels of arrears debt, especially from municipalities, remain unacceptably high. In the short term, our focus will remain on cost efficiencies to support financial sustainability.”

Finance cost, after capitalisation increased to R26 billion compared to R19.6 billion in the same period last year. This was mainly attributable to increased borrowings and a reduction in borrowing cost capitalised as new power plants being brought into commercial operation.

Furthermore, Kusile Unit 2 and Medupi Unit 3 have been synchronised to the national grid and are expected to become fully operational within six to nine months. Eskom remains confident that the new build programme will be completed by 2022/23, barring delays as a result of contractor performance, industrial action or other issues outside our control.

Plant availability improved marginally to 78% compared to 77.3% in the same period last year. Planned and unplanned outages were also kept within the targeted range of 10% each.

“Eskom has suffered an absence of ethical leadership at the highest level for some time, but we aim to rectify that as a matter of urgency. We believe this is one of the principles underpinning the stabilisation of Eskom and to set it up for sustained success, while fulfilling both its commercial and developmental mandate.”

Eskom received a qualified audit opinion for the year under review as the external auditors could not rely on the process in place to ensure the completeness of irregular expenditure reported, fruitless and wasteful expenditure and losses due to criminal misconduct.

Irregular expenditure rose to R19.6 billion from R3 billion recorded previously due to the extension of the verification and clean-up scope to go as back as far as December 2012.

Mabuza said: “The qualified audit must be looked at within the perspective of our intensified efforts to clean up which has in the medium term surfaced further irregularities. While we are disappointed that a qualified audit could not be avoided, we are comfortable that great strides have been made in our key focus areas with a number of initiatives being set in motion to address our key challenges in a sustainable manner.”

“Our challenges cannot be fixed overnight, as the damage was also not done overnight. We have to take some short-term pain to achieve the long-term gains and the Eskom of the future we all want to see,” Mabuza said

Hadebe added: “We are committed to turning around this institution. A strategic review is being undertaken to re-energise, shift direction and set a firm foundation for Eskom’s growth by strengthening Eskom’s financial position and balance sheet, reviewing the business model to respond to global energy industry changes, growing the business into new markets and products, improving trust and restoring labour, investor and stakeholder confidence as well as reviewing the IPP and coal strategy.” 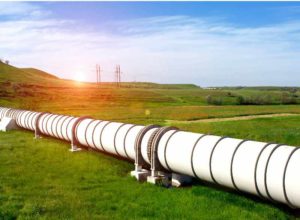 Leading developer of Mozambique’s LNG project, Anadarko has been sold