Eskom continued with its presentation at the Eastern Cape Training Centre on Wednesday, urging stakeholders to note that the regulatory clearing account (RCA) was a backward looking process claiming against actual audited costs.

The utility stressed that it is not a new application for revenue based on estimation as is the best practice globally.

Hasha Tlhotlhalemaje, general manager for regulation explained: “We note stakeholder concerns around the impact of our projections on the RCA application, but we want to assure them that we have done our application in terms of the RCA process.

“We adhered to the approach in the multi-year price (MYPD) determination methodology. In addition, while we have taken into account the fact that some circumstances have changed, the three applications have been aligned to the NERSA decision on our first RCA application for 2013/14 because the principles remain the same.”

Eskom accepts that NERSA’s decision on the revenue application is based on the forecast supplied by Eskom. In turn, Eskom’s forecast is derived from a bottom-up process in consultation with various stakeholders including its customer groupings.

Once NERSA takes the decision, the methodology allows Eskom to do an RCA application comparing what was allowed with what panned out simply because projections cannot be adjusted during the year, but only after the year. The methodology is there to balance the reality that we have to work with the best assumptions, within reason, without a crystal ball. Read more: SA utility responds to stakeholder concerns

It is because of this reason that Eskom’s RCA application lists all the elements that have led to a drop in volumes, including a downturn in economy, lower investor confidence, decrease in reliance on Eskom, commodity price changes and elements of price elasticity.

According to the parastatal, “the revenue accounts for 67% or R44bn of the total amount (R66bn) that Eskom is applying for. The MYPD methodology allows for revenue adjustment attributable to volume and mix changes.”

Tlhotlhalemaje explained  that “while this has been a contentious issue for most stakeholders, it is a significant aspect of what determines the price of electricity and the revenue allowed by NERSA in MYPD decisions. This is completely in line with standard sound regulatory practice worldwide.

“NERSA had in its MYPD 3 decision, assumed a higher volume for sales based on our forecast, which did not materialise in real life. When volumes are higher, the price of electricity becomes lower when compared with lower sales volumes, which leads to a higher price. We therefore worked with a lower tariff based on higher volumes in the years we are applying for when in reality our sales volumes were lower requiring a higher tariff. This resulted in under recovery of fixed costs.”

Tlhotlhalemaje further clarified that Eskom had taken an opportunity to revise its sales forecast and submit to NERSA at the MYPD 3 public hearings in 2013.

NERSA had however decided to use the original forecast in its final decision. It is in this vein that we want to stress that the RCA process under which we are applying does not review variances relative to a forecast, but rather to a decision.

“It is worth noting that the revenue lost due to load shedding and curtailment has been excluded from our application,” added Tlhotlhalemaje.

The issue of the technical performance of Eskom’s generating plant also came into the fore as NERSA raised the issue of how performance impacts various elements that make up the application. Eskom’s Corporate Specialist for Finance and Economic Regulation, Deon Joubert explained that Eskom requests NERSA to evaluate Eskom’s application based on prudency assessed within the circumstance of the time when Eskom made the five-year application under MYPD 3.

Joubert explained: “The application was submitted at a time when Eskom’s plant availability was at 80%. While we were aware of the risk associated with the then “Keep the Lights on” stance of our country, after the IPP capacity investments envisaged by the Energy White Paper of 1998 failed to materialise leaving Eskom to be the supplier of last resort.

“The capacity shortage was mitigated by Eskom running its existing plants above design parameters – this was not sustainable in the long term and extra wear and tear on plant would eventually manifest in unreliability; no one knew when this would manifest. We therefore submitted a figure that was closer to our performance at the time of the application. As luck would have it, deterioration of our plant hit and our energy availability factor plummeted during the following three years.” 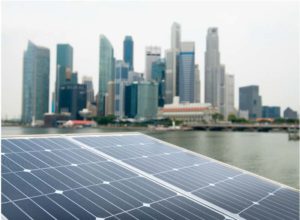