With R1.3 million worth of prizes at stake, the awards function was held on Tuesday, September 4 at the Indaba Hotel in Fourways, Johannesburg.

The BIC, which is now in its tenth year, is an initiative of the Eskom Development Foundation aimed at recognising and rewarding small businesses that are contributing towards building the economy by creating jobs and fighting poverty.

This year’s overall winner of the competition the Prodeliver Group, took a prize of R300,000. The company, which is based in Rivonia, Sandton, provides logistics and mining services including transportation of commodities and palletised materials. Prodeliver was started in 2014 by Nyadzeni Makhado, who used to work in gold mines before going into business.

On his way to and from work, Makhado used to travel behind the trucks transporting materials from mines to gold plants. He had always wanted something that could make him passive income and he thought that was it. He and his partners bought a truck as a start, but while running the business they soon discovered that doing it part-time was difficult as they would be underground most of the time and out of reach for their clients. They then decided to quit their jobs and focus on their business on a full-time basis.

Six employees and four trucks later, the business is still growing and they are targeting even more expansion. They want to open their own depot and to ultimately have three depots in the country as well as their own warehouse. They would also like to explore drone transportation in the future.

Makhado said he was totally amazed when his company’s name was called. “The level of completion was tough and I thought maybe if I’m lucky I’d win my category or be a runner-up, I just didn’t expect to be the overall winner of such a big competition. The prize money will be reinvested back into the business. We’ll use some of it for operational costs as we work on scaling and growing,” said Makhado.

Chairman of the Eskom Development Foundation, Chose Choeu, said the BIC is one of the foundation’s leading enterprise development initiatives. “This year is particularly special as the BIC celebrates its tenth anniversary. It has been 10 solid years of contributing to economic development by propelling small businesses to higher levels of operation. This is a huge milestone and a sign that we are doing something right,” said Choeu.

As part of their prizes, all BIC finalists will exhibit their businesses at the Small Business Expo (SBE) from 6 to 8 September 2018 at the Ticketpro Dome in Northriding. The expo helps SMEs to grow by giving them an opportunity to market themselves and interact with like-minded entrepreneurs, corporates, potential investors and clients. Read more: Eskom Contractor Academy helps upskill Cape Town entrepreneur 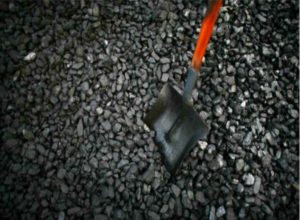