South African state-owned power utility Eskom has appointed a new Chief Operating Officer (COO) to join its top tier to achieve the Company’s mandate in bringing stability and order to its leadership structures.

Following the appointment of the Eskom Board on 20 January 2018, the Board was mandated to resolve and take decisions to address the immediate challenges facing Eskom. Key to this mandate was to bring stability to the executive leadership structures of Eskom through, amongst others, prioritising the appointment of a permanent Group Chief Executive Officer (GCEO) and Group Chief Financial Officer (GCFO).

In the process of identifying suitable candidates for appointment to the GCEO position, the Board also assessed the appropriateness of the current functional structure taking into account the enormity of the current operational and financial challenges faced by Eskom.

In this regard, the Board was of the view that the size, functional diversity and complexity of Eskom as it stands warrants a three-person top team: a Chief Executive Officer, a Chief Financial Officer and a COO.

Whilst a detailed and thorough review of the structure will still need to be undertaken, which may necessitate further changes to the structure to mirror the new strategy to be adopted, the Board resolved to prioritise the incorporation of this role, following the appointment of Phakamani Hadebe as the GCEO, in order to begin the process of streamlining operations.

It is against this backdrop that we are pleased to announce the appointment of Jan Oberholzer as the new Chief Operating Officer for Eskom. Jan has had 38 years of working experience, of which 24 were at Eskom where he held various positions, including that of the COO of the Distribution Division. Most recently he successfully led the improvement of a number of Hydro power plants in Zambia.

“Jan brings with a wealth of operational experience in the energy sector as well as valuable institutional memory which I am confident will stand him in good stead to successfully reform our operations and set them up for sustainable success,” said Phakamani Hadebe, GCEO of Eskom.

The Eskom Board is committed to finding the most suitable candidate for appointment to the GCFO position as this is a critical portfolio. This process will be concluded in the coming weeks.

“On behalf of myself and the Board, I would like to congratulate Oberholzer on his appointment and wish him the best in fulfilling this important mandate,” Hadebe concluded. 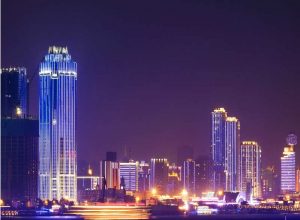