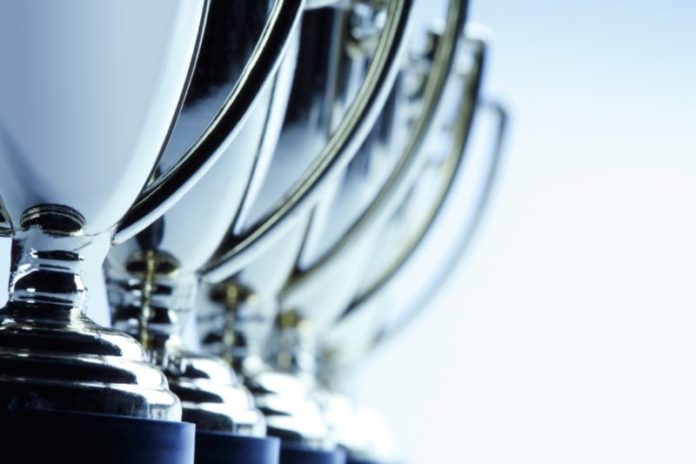 The South African Institute of Electrical Engineers (SAIEE) hosted it’s 107th Annual Banquet in the form of a Masquerade Ball, at the Midrand Conference Centre on the 26th of October 2018.

1. Engineer of the Year Award – sponsored by Actom

This award recognises an SAIEE member who has energetically and voluntarily worked towards promoting electrical science and its applications for the benefit of its members and the Southern African community.

We are proud to announce that the 2018 SAIEE Engineer of the Year is Pascal Motsoasela.

This Senior member, who joined the SAIEE in 1999, serves on the SAIEE Council and various Committees.

He has more than 15 years’ post qualification experience in technology research, testing, development and demonstration in the electric utility industry. In the past two years, he has specialised in the automation asset management area in the water utility industry.

The focus of his career has been the researching of utility communication technologies, the testing of commercially-off the-shelf technology products and conducting technical investigations.

The valuable contributions of his time, effort and expertise to our noble Institute makes him a deserving candidate for the Engineer of the Year Award.

The SAIEE Engineering Excellence Award is made to a Member, Senior Member or Fellow who has excelled in Electrical Engineering and demonstrated above-average involvement in supporting the SAIEE with its aims and objectives as well in their capacity that supports and mentors those with whom they interact in the workplace.

The 2018 winner of the SAIEE Engineering Excellence Award is Professor Jan de Kock.

This Professional Engineer, who became a member of the SAIEE in 1986, currently serves as an elected Council Member for the past four years.

His dedication to attending Council meetings from far and his contribution to bringing the North West University and SAIEE closer together makes him the ideal candidate for this award.

De Kock is a Fellow and serves on various Committees and is also a stalwart of the SA Universities Power Engineering Conference for many years.

He supports the SAIEE CPD Programme in sharing his wealth of academic expertise. He has vast industrial experience in the design, commissioning, and performance assessment of generators and synchronous machines.

The valuable contributions of his time, effort and expertise to our noble Institute makes De Kock a deserving candidate for this award.

This prestigious Award recognises significant contributions in any sector of electrical, electronic, telecommunications and computer engineering in South Africa.

His company and publications are recognised for their excellence in investigative as
well as technical reporting. Yelland has fearlessly questioned and reported on sensitive matters in our industry for more than three decades. He is a widely recognised voice in the national media for comments around electronic and electrical engineering, and has won several awards throughout his illustrious career.

He obtained a Bachelor of Science degree in Electrical Engineering from the University of Natal in 1976.

The SAIEE annually awards the most outstanding young achiever of the year in the field of Electrical/Electronic engineering. What counts in this person’s favour is their spirit of achievement, creativity and leadership in the workplace.

Innovative, entrepreneurial actions and an infectious enthusiasm for success are the qualities exhibited by Young Achievers. The 2018 winner is Tshego Cornelius.
Cornelius joined the SAIEE in 2004 and started her career in 2009 at the Eskom Transmission Western Grid. She presently serves as a Design Engineering Manager in the Electrical & Control and Instrumentation Department of Eskom.

Her passion for the development of other young people has seen her take up various leadership roles in ploughing back, paying it forward and championing women’s voices, particularly in the Science, Technology, Engineering and Mathematics arena.

She is very conscientious of the engineer’s role in the community and is an avid role model to young SAIEE members, and it is no doubt that this remarkable Professional Engineer should receive this award.

5. SAIEE Centre of the Year Award

The South African Institute of Electrical Engineers is proud to announce that we established a new award, in recognising our various Centre’s efforts, which is based on specific criteria.

The winner of the 2018 SAIEE Centre of the Year is The Western Cape Centre.

Established in 1953, this Centre hosted 4 CPD training courses, hosted ten lectures and organised one site visit. They graciously hosted SAIEE Corporate Partner, Fluke, in one of their Roadshow training seminars.  They were involved in six CSI initiatives and submitted their monthly reports diligently every month, and all this was done on a voluntary basis during 2018.

The SAIEE congratulate all this year’s winners and are immensely proud of these individual achievements.