In Egypt, promising opportunities to accelerate renewable projects are on the horizon, which will reduce dependency on fossil-fueled power plants.

According to President and CEO of ACWA Power, Paddy Padmanathan: “While recently, many projects in the energy sector in Egypt have been completed, we see promising opportunities to procure more renewable energy at a faster pace to phase out low-efficiency fossil fuel power plants to reduce the total average cost of generated electricity and reduce the carbon content at the same time.”

Commenting at the Egypt Renewable Energy Conference, Padmanathan said: “Solar and wind energy costs, which are already competing with tariffs for fossil fuel generated electricity per kilowatt-hour, can be further reduced even during a time period where interest rates are rising, as technology keeps driving cost lower.

“However, there is also a need for governments to support the sector through regulatory frameworks that remove the burden of customs, duties, and taxes on electricity, a basic commodity that is vital to all human endeavour and to life itself.”

Padmanathan also emphasised that while all countries have accepted the compelling value proposition offered by renewable energy and have announced ambitious procurement programmes, institutional inertia and limited institutional capacity or know-how is hindering the required pace of renewable energy deployment.

The report highlights the policy, regulatory, financial, and capacity-building actions needed to increase the current ambitious target of 42% of Egypt’s energy generation to be renewable energy by 2035 to 53%, which could reduce Egypt’s energy bill by a further $0.9 billion per year and reduce adverse effects of air pollution on human health and environmental damage contributing to an additional saving of $8.1 billion each year to the Egyptian economy.

Amin stressed at the conference that governments of various countries are taking legitimate action towards increasing the share of renewable energy by leveraging the private sector and by blending limited sources of public finance with readily available private finance.

Dr Mohammed El Khayat, Executive Chairman of New and Renewable Energy Authority, stressed the direction and vision of the country and the Ministry of Electricity to increase deployment of renewable energy – a strategy that prompted the launch of the project, ‘Benban’, a photovoltaic solar energy complex located in the north of Aswan.

Commenting on the occasion, Dr El Khayat said: “Projects constructed upon the build-operate-transfer (BOT) financing models are deemed attractive for energy investors within the Egyptian market. Similarly, support programs and incentives offered by international financing bodies to support the funding of projects in the energy sector are considered appealing.”

ACWA Power said in a statement that El Khayat highlighted the pivotal role that the private sector will play in the implementation of renewable energy projects and crafting the country’s future strategy in diversifying its energy sources. He mentioned that the focus must also shift to the expansion of energy storage and reliance on sources apart from solar and wind.

Dr El Khayat stressed the need to work on dynamic plans that commensurate with the dynamics of the market and attract direct investments for renewable energy projects. 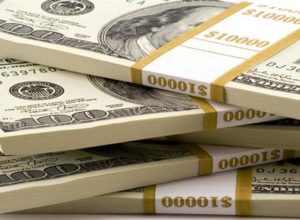