Iwasuke Shimada, managing director of Toshiba Africa, remarked: “While Toshiba is recognised as an electronics manufacturer in Africa, we have also established a long history in generating power supply.”

The company’s recent focus has been the Great Rift Valley – an area with abundant geothermal resources.

The firm will establish memorandums of understanding (MOU) during the Japan-Africa Public-Private Economic Forum, as it seeks to form partnerships with companies that have a deep knowledge of infrastructure building to accelerate growth and progress in this market.

The company has signed MOUs to build geothermal plants with utilities in Ethiopia, Djibouti and Tanzania, and also with Uganda Government thus far. Read more: Toshiba to assist Malawi in developing geothermal power

Building energy infrastructure to achieve a low-carbon society has become an increasingly important priority in Africa as well as local capacity building.

“Personnel development is an important element throughout a project’s life-cycle to ensure a successful implementation and delivery.” 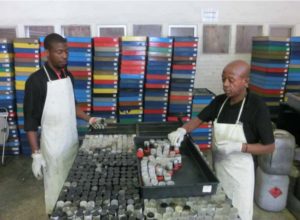