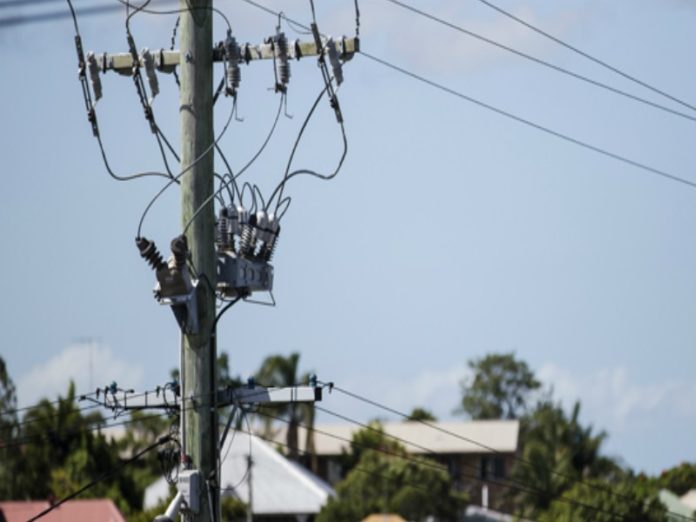 For those who missed our first article, distributed Generation around the world is an emerging technological trend, which poses a new set of challenges for the energy industry. With the real possibility of bi-directional power flow and the erosion of the conventional Generation, Transmission, Distribution, Retail sequence, the inevitable outcome is that distribution networks need to handle network protection in both a forward and reverse power flow scenario.

Like Directional Overcurrent, Directional Earth Fault (DEF) is used to differentiate between different fault types to ensure that co-ordination between protection devices such as distribution circuit breakers and reclosers is maintained. This principle is referred to as “Selectivity” in protection engineering. Earth faults pose an additional degree of complexity, as they don’t immediately follow nameplate value ratings of cables like Overcurrent does, but instead rely on understanding the full current path for the fault. Earth Fault magnitude, and its complexity, can be briefly summarised as:

The key to understanding Directional Earth Fault is to visualise and understand the fault current path, so that protection selectivity can be set appropriately. That is, we trip only on the faults we want to, and set up other circuit breakers to cover the other fault scenarios. We want to avoid “spurious tripping” (tripping when we aren’t supposed to), but must avoid failing to trip on a genuine fault.

Earth faults occur when there is an undesired loss of energy out of the distribution system. A few examples include trees brushing up against powerlines, broken powerlines landing on the ground, or contact with other items or personnel at earth potential. These Single Line to Ground Faults or Double Line to Ground faults can be very serious, as they may involve life coming into contact with powerlines.

When Earth Faults occur, a new “circuit” is completed as the foreign interference creates an earth path. This results in an imbalance in the currents and voltages, and current flows out through the earth fault site, and returns at other points in the network. This is not the same as an overcurrent fault, because overcurrent assumes that only the existing circuit lines (powerlines) are involved, with no energy leaving the system.

In this article, for simplicity, let’s explore 3 different cases. Earth faults are greatly affected by the Earthing practices of the distribution network, and to explain these effects we will look at three cases:

In figure one, a simple Resistance Earthed Network is shown, where a single line to earth fault occurs on a feeder. When drawing the fault circuit, the resistive current flows out through the fault site, then returns through the star point of the upstream transformer. In a resistance earthed or solidly earthed network, this will be the largest component of the fault current is this resistive component.

This brings about the first observation of DEF – depending on the ratio between capacitive and resistive current, we determine what our Relay Characteristic Angle (RCA) or torque angle should be set to.

Like Overcurrent, earth fault protection uses a voltage vector as a reference for angle calculation, except DEF uses the Zero Sequence voltage and angle instead of the positive sequence. Figure 2 shows a simple calculation with a resistive earth on how this is reached.

It is interesting to note that the Zero Sequence voltage angle is 180 degrees out of phase (is a negative value) with the normal condition positive sequence. It is important to understand if the relay in use requires this 180 degree shift.

With this Zero Sequence Voltage vector calculated, all that remains is to calculate the Resistive and Reactive (usually capacitive) fault current. Therefore, the RCA (Relay Characteristic Angle) and tripping zone is likely to be similar to Figure 3, with minimal variation away from a resistive earth fault current being determined as “Forward”.

In Figure 4, we see an unearthed network. Since there is no apparent resistive earth path, this implies that single line to ground faults tend to have low magnitude, but it certainly doesn’t mean that the lines are safe to touch. In an ungrounded network, the fault current is only capacitive, which means that directional earth fault protection must distinguish between the sign of the reactive component. I.E., is the capacitive current flowing forward or reverse?

The last case is the concept of compensated neutral networks. Almost 100 years ago, it was identified that engineers could compensate for capacitive effects by placing an inductor in the earth path of the upstream transformer. If the inductance in the transformer earth matched the capacitance of the network, and there was no resistance fault path, then earth faults would be reduced to almost zero. In practicality, all real-world inductors have some resistance and it is impossible to perfectly match the capacitance, however these devices were quite effective at reducing earth fault magnitude, and many are in service today. These are called “Petersen Coils”.

Modern techniques today include active compensation, devices which deliberately measure and inject compensation of energy to balance the fault and bring the current at the fault site to very low levels. Whilst these are effective, they also reduce earth fault measurability for conventional devices and make protection more challenging. These typically require specialist calculation and are beyond the scope of this article1.

Nonetheless, figure 5 shows an example with a Petersen coil and a parallel resistor in the earth path of the transformer. The Neutral Earth Resistor (NER) allows a clamped resistive earth fault current, which gives protection devices a value on which to act. The earth fault principle is the same, as we sum the resistive and capacitive effects at the fault site, and all un-faulted feeders will only see the capacitive effects proportional to their “X’ value.

From this, we can also see that the Overcurrent RCA does not necessarily match the Earth Fault RCA. Finally, when it comes to testing Directional Earth Fault, input of voltage imbalance to match the real-world case is necessary, as this provides the reference Zero Sequence Voltage angle to calculate fault direction.

The NOJA Power OSM Recloser system is deployed in countless directional protection situations around the world. If you need support with configuring your device or would like to learn more, get in contact at www.nojapower.com.au

This content is provided in good faith, and NOJA Power accepts no liability or responsibility for any loss or damages resulting from inaccuracies or omissions in this content. NOJA Power committed to sharing knowledge and expertise in the energy and would welcome any feedback or corrections regarding this content. Feedback can be directed to NOJA Power at NOJASales@nojapower.com.au