China is planning to solve the majority of challenges experienced in solar power, by taking clean power generation into orbit.

The technology, first investigated in the 1960’s, puts a solar power station into orbit at an altitude of 36 000 kilometres, according to a recent report in the Sydney Morning Herald.

The initiative is a world first, and eliminates the challenges of atmospheric interference, time of day, and seasonal variations in sunlight.

The China Academy of Space Exploration Corporation is working on the experimental space solar plant currently under construction in Chongqing. If ever put into orbit, these space-based power stations would provide power at six-times the intensity of terrestrial facilities, and be exposed to sunlight 99% of the time.

Solar power would be converted and “streamed” to earth, using microwave technology, or alternatively, laser technology.

Scientists from India, Europe and Japan have also been investigating the technology.

According to a researcher from the China Academy of Space Technology Corporation, Pang Zhihao, the orbital station would provide “an inexhaustible source of clean energy for humans”.

Scientists intend building and launching small-to-medium sized stations which will come online between 2021 and 2025. These smaller stations would be followed by a Megawatt-capacity station, but this is slated for 2030.

Li Ming, vice president of the Academy noted that the country will be the first to build and gain practical value from an orbital space power station.

Technical challenges such as the facility’s total weight, expected to be over 1000 tonnes, are yet to be overcome. By comparison, the International Space Station weighs approximately 400 tonnes – less than half,

The Academy of Space Technology vice-president Li Ming was quoted as saying that China is expected to become the first country to build a space solar power station with practical value.

At present, researchers are looking into construction and delivery options, and have mooted a “space factory” using robots and 3D printing technology to construct the power station in orbit, rather than launching the structure from earth. 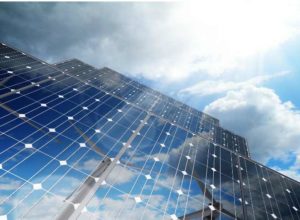 How solar power can improve healthcare services: lessons from India