At a meeting with Chadian President Idriss Deby in the landlocked country’s capital, N’Djamena, Adesina also called on development partners to support Chad’s energy sector to increase power generation capacity to 400MW per year, from less than 100MW currently.

“The Bank will provide budgetary support to Chad in 2020 and 2021,” said President Adesina, referring to the country’s financing needs. Critical areas in need of funding are energy, infrastructure, agriculture, water and environment, private sector and capacity building, government officials said.

At a separate meeting with development partners and private sector representatives, Adesina said the Bank will support Chad to implement reforms and rationalise its investment choices. He urged the country’s leadership to improve the business environment and attract more private investment by promoting private-public partnerships.

Livestock and agriculture account for 15.1% and 19.4% of Chad’s GDP. The nation is currently under a $312 million IMF aid program to restore macroeconomic stability, according to the Bank.

“Agriculture is not a sector for managing poverty; it’s a sector for creating wealth,” Adesina said, adding that the Bank is ready to work with Chad to create agro-industrial zones to support the population and increase the tax base. 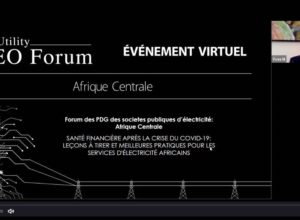