Podcast: Rail in Africa could lead the way for public transport 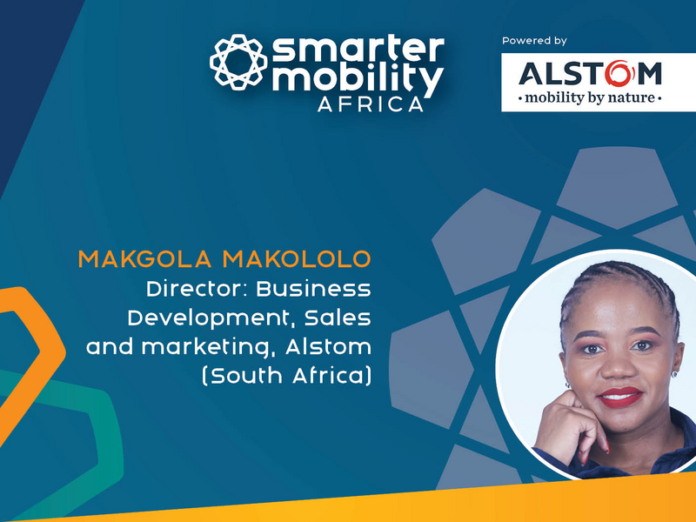 With heavy traffic on our roads, rail could be the economic boost we need to create less congestion on the road and leave room for urban development.

This podcast outlines what the role of rail is in smarter mobility and how it can be integrated into public transport as one of the main modes of transport used in South Africa.

Anazi Zote, Project Lead for Smarter Mobility Africa had a one-on-one interview with Makgola Makololo, Director: Business Development, Sales and Marketing at Alstom to catch up on the latest trends for rail in South Africa and how its transition into smart mobility will impact public transport and trade across the continent.

Makgola is currently the Director for Business Development, Sales and Marketing for Alstom Southern Africa. She is also the Managing Director of Alstom’s BTSA joint venture. Makgola is a seasoned leader having been an acting Deputy Director General for Energy in the Department of Public Enterprises (DPE) of the South African government with shareholder oversight on Eskom (Energy), Safcol (Forestry) and Alexkor (Mining) until 2020. She started off her career as an electrical system’s engineer and held various management roles at South African power utility, Eskom. She has also worked as a senior reliability engineer for gas giant, Sasol.

Makgola has served in various capacities in society, including being a non-executive director on the board of Zenzele Technology centre, an incubator of SEDA which assists small scale miners develop mining technologies and build sustainable businesses.  She was co-opted onto the board of the Green Building Council of South Africa (GBCSA) and serves as chairperson of SAIEE’s Women in Engineering Chapter. In 2013, she was elected as one of the top 80 emerging leaders in science and technology in Africa and the Middle East and participated in TechWomen, an exchange program for women in STEM fields.  In 2017, she was listed in the Mail & Guardian Top 200 Young South Africans and a Tutu Fellow in 2019. Makgola is passionate about people and leadership development and is committed to excellence and good service.