Energy access and energy in Africa are topics gaining ground on the global agenda partially due to the growing private sector involvement that wasn’t there in the past. Power for All, a campaign that Aaron Leopold represents as the global advocacy director, is supporting accelerating access to distributed renewable energy in Rwanda, Nigeria, Sierra Leone and Zimbabwe.

The organisation’s objective in these four diverse markets is to provide quick progress as an indication to the private sector that “in these very diverse countries; that if we can make quick progress on building energy markets, then it can be done anywhere,” says Leopold.

Listen to the full interview with Aaron Leopold

With the broad role of renewables on the continent linked to skills and capacity building, Leopold explains that: “We need the megawatts but not in the form of large projects, because what is needed is more job creation.” He goes on to advise that although large infrastructure projects do create jobs, these are mostly temporary construction jobs and unfortunately, the increased generation capacity does not reach the outlying areas where 85% of the 600 million energy poor reside.

[quote]During his travels in the continent, Leopold was struck by the positive appetite for renewables, but that, “on the planning side…what we see often times is a general kind of back to the past mentality, where decision makers often perceive the renewables industry as being…very inefficient and overly expensive.”

However, when comparing renewables to the costs that people pay in rural areas for lighting, heating and mobile charging they are paying the equivalent of $20-50 /kWh through the use of kerosene and mobile charging stations at corner shops, because they have no electricity at home.

“They are paying these exponent prices whereas using a small solar system that cost $150-250 that could be purchased on a monthly basis over two years would be equivalent of less than they are currently paying for just their kerosene for lighting.”

Leopold continues that one of the challenges around energy is that “it is extremely complicated because you have financiers, planners, end-users and operators, […] and processes that you have to think about when dealing with energy.”

The economics of energy – a balancing act

Another area he identifies is the economics around energy being particularly challenging where there are “monopoly state-run utilities that are subsidising connections and kWh. So at the end of the day you have a system that is not truly cost reflective.”

Leopold suggests that the solution could be, in addition to skills and capacity, to rethink how “we expect the private sector to deliver because in many rural electrification authorities there is a wide recognition that the state cannot do it on its own.”

What is needed are trade-offs between reducing tariffs on energy technologies and reducing subsidised consumption for those who are already connected and allow the new technologies to come in – it’s a balancing act.

The industry has already seen commercial lending taken up. The benefit of this is that it is creating a credit history for consumers, and building a new opportunity for rural, impoverished agriculturalists to have credit scores and repayment history to their name. Over the next couple of years, this will allow these consumers to access a whole range of products and services via their trustworthy repayment rates that would have never been available before.

Exciting times lay ahead as the sector is moving energy beyond just kilowatts and towards a service provision and a variety of different services including appliances and other retail products.

Listen to the interview with Aaron Leopold

Practical Action is a global charity with over 40 years’ experience working on energy access issues -with a large footprint in Sub-Saharan Africa. 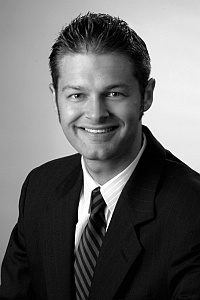 Aaron Leopold is the deputy director of global advocacy for the Power for All Campaign and leads the design and delivery of Practical Action’s ambitious influencing-agenda to leverage political and practical change on energy access and energy poverty at international and national levels.

He serves on the Sustainable Energy for All (SE4All) Energy Access Committee, is an observer on the Scaling Up Renewable Energy in Low Income Countries Programme (SREP) fund of the Climate Investment Funds (CIF), and on the Steering Committees of the Office of the UN High Commissioner for Refugees (UNHCR) Safe Access to Fuel and Energy (SAFE) initiative; the International Renewable Energy Agency’s (IRENA) Coalition for Action on renewable energy; and the Association of CSOs on Clean Energy Access (ACCESS).