According to recent reports, the South African government has invested R136 billion in the South African economy with another R56 billion to be invested over the next three to five years for the 27 renewable power projects signed in April this year.

This is according to energy management and automation specialists Schneider Electric, who added that with the disruption of IoT and ever-changing industries – it is imperative that businesses adapt to the changes within the respective industries that they operate in order to stay relevant in their market and with their existing stakeholders.

Speaking to Taru Madangombe, VP Energy Division Southern Africa from Schneider Electric, ESI Africa posed the following questions around the local renewables market and where it is headed.

What are the challenges within the renewables market and why?

There has been a lot of developments in the renewable energy market, but in Africa, it is still a relatively new concept. If you consider that Europe and the larger parts of Asia have already been adopting this technology for a number of years, it’s understandable that we would still be experiencing some teething problems. One of the challenges is access to funding. As the concept gains traction, we are already seeing new developments in countries like Morocco and Kenya, but there is still a challenge when it comes to financing.

The biggest trend right now is energy storage. How do you store energy harnessed during the day when most people don’t need it, for use during peak times which is normally evening and early morning. There are, however, new developments in the market regarding this, and there is a projection that by 2025 the costs for renewable energy technology will be reduced.

IoT is bringing about new changes to the market – what new developments will be causing a distraction in the energy sector and why?

IoT and connected devices are becoming an integral part of our daily lives and if we look at the impact of IoT on a global level, it has already made significant changes to the way we work – especially when it comes to industry, smart grids and smart networks.

How can businesses turn data into energy – what does this require in terms of skills and logistics?

By relooking their current operations and transforming to newer, sustainable technology – this ultimately goes hand in hand with new skills development. Data has opened up a whole new world for streamlining logistics as more and more organisations aim to digitise their operations.

Does South Africa have the necessary resources required to integrate the two markets?

The Minister has recently signed off R50 billion worth of projects, so while we may not yet be fully prepared I think we are taking steps in the right direction.

The adoption of renewable technology has been slow but we must remember that there is a change management aspect to this, and there are a lot of steps involved in moving from traditional coal power plants to wind and solar parks. There is also a trust issue and the government wants to be sure that it will work so I think the more we see these new projects up and running there will be more buy-in from the government.

Ultimately, it is very important to have renewables in our energy mix as an integrated resource as it also addresses greenhouse emissions and climate challenges.

What is the future of renewable energy in the country?

At this point, there needs to be a continued effort to build partnerships between corporates and governments, as we have been doing so, that renewable energy solutions will continue to grow for businesses and ultimately change the way that we consume energy as a whole.

Join ESI Africa and four guest speakers in a live discussion tomorrow. In this webinar, which takes place just hours ahead of the public comment closing deadline, we put the draft IRP 2018 under the microscope to consider the resourcefulness and sustainability of the country’s energy plan. 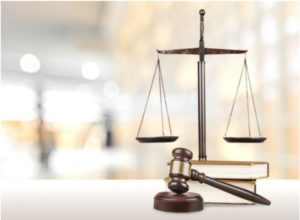