It is now ten years since Megger launched the first circuit breaker test instrument featuring its unique and patented DualGround testing techniques, which make an outstanding contribution to the safety of engineers and technicians in the power industry.

Sold in impressive numbers over the years, Megger instruments with DualGround capability make fast and accurate circuit breaker timing possible, with both sides of the breaker grounded, in more situations than ever before.

With DualGround measurements, engineers and technicians are protected against receiving dangerous shocks from voltages induced in the breaker by current flow in nearby live conductors. This is enormously important in the substation environment.

Although it had been possible to measure timing with both sides of the circuit breaker grounded since 1992 thanks to dynamic resistance measurement (DRM) techniques, the results are not always consistent and reliable.

Megger DualGround circuit breaker testers, however, use dynamic capacitance measurement (DCM) technology, which means that they are able to produce dependable timing results safely in an exceptionally wide range of conditions, even in challenging applications, such as those that involve GIS breakers.

Another key benefit of DualGround instruments is that they significantly reduce testing time, since it’s no longer necessary to remove one of the ground leads before making a measurement and reattach it afterwards.

The test configuration for DCM testing is identical with that used for DRM measurements, but instead of looking at resistance changes in the main contact circuit during the operation of the breaker, DCM treats the contact assembly as a variable capacitor.

DCM evaluates these capacitance changes and uses them to provide accurate and repeatable timing measurements. 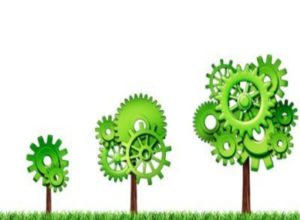