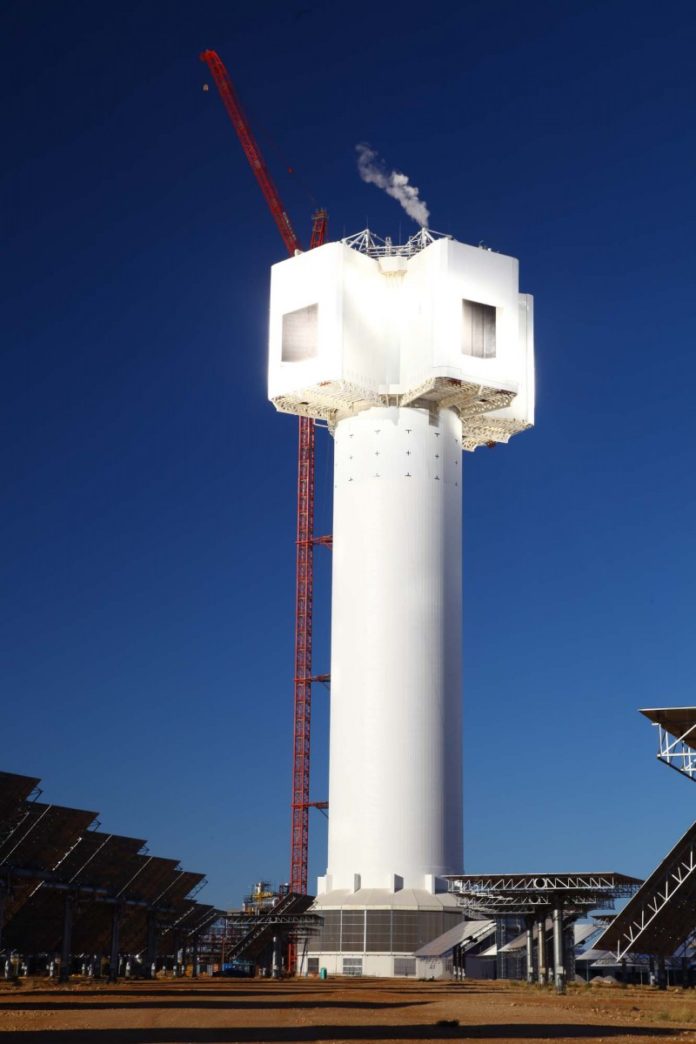 On Tuesday, Spanish multinational telecommunications company, Abengoa, together with the IDC and the Khi Community Trust, announced the 24-hour consecutive commercial operation of its thermal solar Khi Solar One plant in South Africa’s Northern Cape Province.

The plant that is fuelled solely by the sun’s energy, is the first thermal solar tower plant in Africa and the first tower plant to achieve 24-hours of operation with solar energy, the Spanish firm proclaimed in a company statement.

With a generation capacity of 50MW, the thermal solar plant generates enough power to electrify an estimated 45,000 households.

The telecommunications firm describes the workings of the plant, which commenced commercial operation on 2 February 2016, to operate through accumulating steam at high temperatures and pressure, which enables the production of energy when the sun goes down – This system is capable of generating 50MW for two hours after sunset.

“Khi Solar One is the result of significant research and development led by Abengoa. Specifically, the implementation of this large-scale project commercially, Abengoa previously operated a plant with a capacity of 5MWt, located at the Solucar,” the firm said in a statement.

Adding: “Experience gained from the operation of the pilot plant allowed for the optimisation of technology and served as a reference for project financing. All this work has resulted in the launch of a plant with increased efficiency, performance and production in terms of cost compared to previous models.”

The thermal solar system offsets around 183,000 tonnes of CO2 per year, providing the energy needed to meet the growing South African electricity demand in both a socio and environmental manner.

According to Abengoa, the plant has contributed towards the growth and development of local communities through participation of a large number of local businesses.

The project is partly owned by the Khi Community Trust, which ensures the continuity of investment in the community.

Along with this plant, Abengoa, IDC, PIC and the KaXu Community Trust are in the process of developing a 100MW parabolic trough plant, Xina Solar One, also situated in the Northern Cape Province.

This plant will employ a storage system that will allow the plant to operate for five hours without the sun.