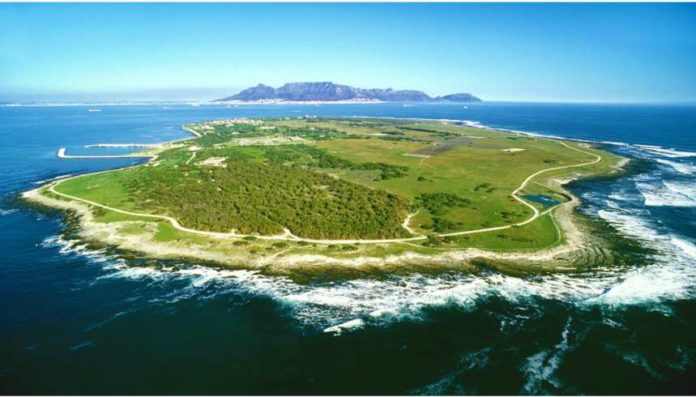 “From a sustainability aspect, the solar PV energy generating system will reduce the island’s carbon footprint and will minimise the diesel-related hazards. All of these efforts are critical in ensuring a conservation and preservation of Robben Island,” exclaimed Laura Robinson, member of the  Robben Island Museum Council.

Robben Island is famously known for being the place where South Africa’s first democratically elected president, Nelson Mandela  spent 18 years of his 27 years in prison on the island.

Thursday marked a milestone for SOLA Future Energy as it has succeeded in designing and constructing a solar energy micro-grid for Robben Island.

The system, situated on the World Heritage Site, consists of a solar PV farm, combined with a lithium-ion battery storage facility and smart controllers to ensure a seamless electricity supply, whilst significantly reducing the island’s fossil fuel consumption.

In terms of the design of the micro-grid, Mike Lee, design engineer at SOLA Future Energy explained: “We had to be very careful with the structure, because of the environmental conditions on Robben Island – due to the high salt content in the air.

“To overcome this, a material called 3CR12 was used, which is close to stainless steel and prevents rusting due to the corrosive nature of sea salt in the air. Robben Island is very unique in a sense where they ran the whole island on diesel, which is much more expensive compared to grid.”

Commissioned by the Department of Tourism, the solar PV project will produce almost 1M kWh of electricity annually, significantly reducing costs of buying diesel and transporting it to the island. The island is also embarking on a drive to reduce its own electrical consumption. Read more…

The micro-grid consists of three power production elements. The solar PV farm consists of 1,960 mono-crystalline modules with a total of 666.4kW power supply. The battery bank, consisting of 2,420 lithium-ion battery cells, is able to store 837kWh and output a maximum of 500kVA.

Commenting on this development, CEO of SOLA Future Energy Dom Wills, said, “The micro-grid on Robben Island is the largest combined solar and lithium-ion storage microgrid system in South Africa.”

Wills added: “For Robben Island, the solar micro-grid will reduce its fossil fuel consumption by 235,000 litres of diesel per annum or 50% of previous usage. This will result in a reduction the Island’s carbon emissions by at least 820 tons, and will save the island money during its 25 years of operation. The island’s micro-grid is also a very good example of how non-electrically connected Africa will be powered in the next 20 years.”

According to Robinson, this flagship project on Robben Island is a unique opportunity to showcase the application of renewable energy technology in the heritage sector in South Africa. “It’s a wonderful project. In light of the fact that 2017 was adopted by UN General Assembly as the year of sustainable tourism development, so we’re pleased to be supporting this,” she said.