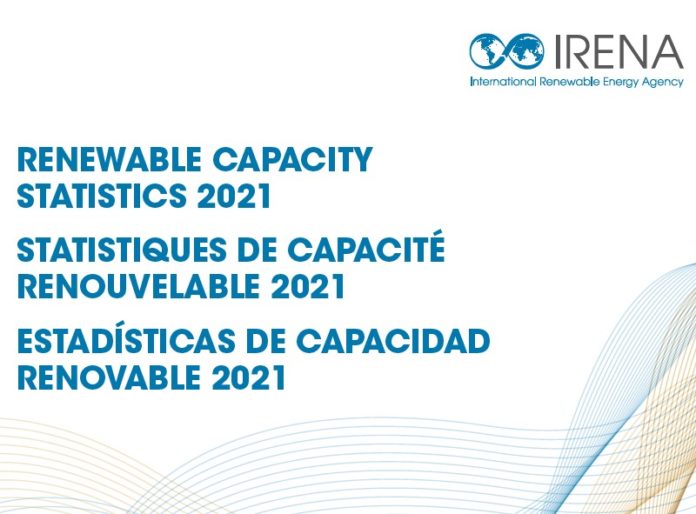 The Renewable Capacity Statistics 2021 report presents renewable power generation capacity statistics for the past decade (2011 to 2020) in trilingual tables.

The International Renewable Energy Agency (IRENA) produces comprehensive statistics on a range of topics related to renewable energy. The previous edition spanned the years 2010 to 2019.

Renewable power generation capacity is measured as the maximum net generating capacity of power plants and other installations that use renewable energy sources to produce electricity. For most countries and technologies, the data reflects the capacity installed and connected at the end of the calendar year. Data has been obtained from a variety of sources, including an IRENA questionnaire, official national statistics, industry association reports, other reports and news articles.

In 2020, renewable generating capacity expanded by far more than in recent years and well above the long term trend. However, most of this increase in expansion occurred in China and, to a lesser extent, the United States. Most other countries continued to increase renewable capacity at a similar rate to previous years.

The upward trend in these shares reflects not only the rapid and increasing growth of the use of renewables but also the declining expansion of non-renewable capacity. At the global level, the latter is also affected by the large amount of net decommissioning that has occurred for many years in some regions.