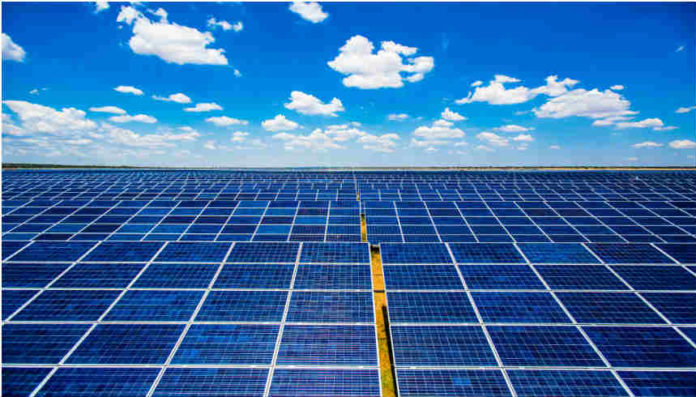 In West Africa, five states including Borno, Kebbi, Nassarawa, Niger and Taraba States will soon be benefitng from the implementation of solar power plants, each with a capacity to generate 100MW.

To verify the deal, was Borno State governor and chairman of the Northern States Governors’ Forum, Kashim Shettima, who signed the agreement on behalf of the other governors while GE’s senior executive, Western Europe and Africa, Armand Pineda, and the President/CEO of GE, Nigeria, Dr Lazarus Angbazo signed on behalf of their company, This Day reported.

It is reported that the signing ceremony took place at the Transcorp Hilton Hotel in Abuja.

Based on the MoU, the company is to build five solar power plants, of which the electricity generated will be aimed at stimulating economic activities and social services in the affected states as well as boost agricultural food processing and small scale businesses.

The project, which is a pilot phase, is being coordinated by the Northern Nigeria Global Economic Re-integration Programme.

Media reported that  the newly created scheme, has been established to serve as a vehicle for the economic recovery of Nigeria’s northern states through international relations on infrastructure, manufacturing, stimulate agricultural value chain and trade.

It is also envisioned to make the region a global player in agricultural export in line with the vision of late Premier of the region, Sir Ahmadu Bello.

The goal of the association is to see renewable energy including solar, hydro, biomass and wind contributing 40% of the national energy mix by 2030.

REAN is being supported by its founding members, as well as national and international organisations including the Nigerian Economic Summit Group, National Competitiveness Council of Nigeria, Heinrich Boll Foundation, the Global Off-Grid Lighting Association and Power for All.