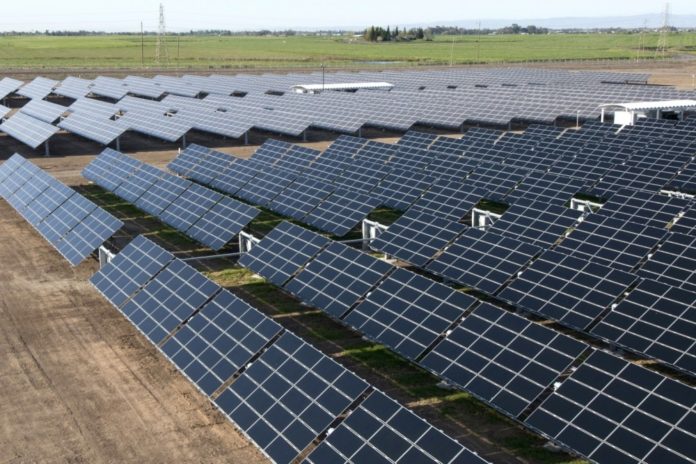 In a joint company statement, Dr Robert Hopperdietzel, chairman at HopSol, said their reason of chosing First Solar’s technology was influenced by the weather conditions experienced in Namibia.

[quote]”We needed a reliable module technology that would thrive in the hot temperatures that are common in the summer months and also deliver energy in cloudy, low-light conditions.

“In fact, by our estimates, thin film modules deliver up to 10% more energy in Namibia than conventional silicon PV panels,” Hopperdietzel stated.

The country currently has a total generation capacity of approximately 430MW and imports over half of its power from the Southern African Power Pool (SAPP) member states.

The 5MW Otjozondjupa Solar Park situated near Grootfontein, in central Namibia, is estimated to be completed by June this year, and is projected to “account for approximately one percent of the country’s total generation capacity.”

Powered by over 52,000 First Solar modules, the power plant will supply almost 14,000MWh of electricity per year, to the country’s state-owned power utility company, NamPower.

The joint company statement explained that the facility will utilise single-axis tracking technology to maximise energy yield by up to 25% and will generate enough energy to power approximately 3,700 average households in the country.

“By generating clean energy from sunlight, the project will displace the need for the equivalent of 300,000 liters of gasoline per year – sufficient for a car to drive the 1691-kilometer length of the Namibia’s B1 highway, over 3,400 times,” the statement further revealed.

According to First Solar, through the use of its thin-film PV modules, the Otjozondjupa Solar Park project will displace about 19,000 metric tons of water per year because solar doesn’t require water for power generation.

Further to this, the project is said to produce numerous benefits, which includes providing “a sustainable solution to climate change, water scarcity, and energy security.”

“As Namibia continues to shore up its generation capacity by adding renewables to its portfolio, HopSol’s project will, no doubt, stand out as a singular example of the sustainable development of solar energy in the country.”