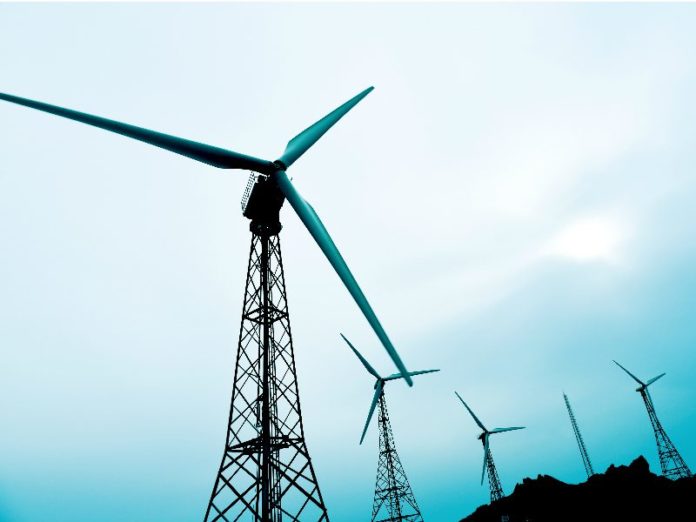 The energy transition has of late become a talking point within the global energy industry, with good reason, of course, considering all the gains that come with this transformation. This article highlights the revolution brought on by bringing wind power onto the energy system.

In a recent ESI Africa webinar, Speeding up wind energy growth: A dynamic outlook, we spoke with three experts who were frank about the current state of the global and local wind industry while presenting a clear cut message on the transformation of the market.

Listen to the full recording of our wind energy webinar here.

In terms of economic growth, Peter Venn, managing director of Windlab, Africa stressed it’s important to recognise that wind energy across the world, and in the African continent, in particular, can play a huge role from a developmental point of view. With millions of people in developing nations still lacking access to electricity, wind energy along with solar PV are by far still the “champions to bridging this gap”. Venn further underlined that “having utility-scale energy is critical for economic growth. Wind and solar on this continent can provide that. If we look at countries like Morocco and Denmark – they are exporting a lot of electricity that is creating foreign income to be used for other developmental needs”.

Jonathan Visser, project manager and director of Integrated Wind Power, South Africa called for transparent stakeholder engagement for maximum paybacks. Using the West Coast One wind farm as a case study, Visser noted that the developers had considered a large area with plans of installing two groups of turbines. However, “the turbines that they ended up building were 47 Vestas turbines reaching a total capacity of 94MW”, which is under the Department of Energy’s threshold of 140MW to be competitive.

This project had to exclude a set of turbines because heritage authorities in the area considered the sensitivity of nearby archaeology sites. “So they [heritage authorities] opposed those wind turbines. This led to the wind farm being less competitive in the process and lost the social economic development contributions which they could make,” stated Visser. He underscored that about R650,000 worth of social contributions was lost.

“It may not seem like it’s a lot but over the lifetime of a 20-year project you can look at about R13-14 million as a conservative figure that was lost to that community.” He added: “I think within wind farm development in the future, authorities and local government need to realise that wind energy is not necessarily just energy being provided but all these social benefits that it brings with it.

In this case, the social-economic contribution and also job creation, local procurement of services and goods.” Reflecting on the successes of the global wind industry, Andrea Isidori, an energy advisor at the Danish Energy Agency, pointed out that wind energy is becoming one of the cheapest energy sources in the world. “We’ve seen this from renewable energy auctions in countries such as Mexico, Morocco and South Africa. This clearly shows that it is a cheap energy source and at the same time, I believe that wind energy can represent what we can call the backbone of the present and the future of our energy system.”

To maximise on the efficiency of wind energy beyond borders, Isidori put four considerations forward:

1. Connectivity with neighbouring countries, which is also a source of generating more income from other countries.

2. The realisation of the cross-border electricity market. The power pools such as SAPP and EAPP should be used in a more dynamic way in order to handle crossborder trade.

4. Develop more specialised operational planning tools. This will allow the power system operators to adapt their practices based on renewable energy playing a major role in operation systems.

Prospects of the wind industry

As onshore turbines are getting bigger, Venn expressed confidence that the industry is leaning towards the introduction of 10MW turbines in the next three to four years. He said this will assist the industry to maintain the downward curve with regards to the price of renewable energy, particularly wind energy. The big challenge into the future, according to Venn, is that the grid connections will become highly complex; “for example, this is already happening in Australia”. The solution to this foreseeable challenge is that the grid needs to become what the Internet is to us today, advised Venn. “It needs to be a diverse network where we can connect anywhere and take off anywhere; and that is not the case with the historical grid that’s been built today.”

Weighing in on the subject of gird integration, Visser pointed out that every country is going to be different and the first step to take is in understating what resources are available. Each country can then design a system or programme depending on how best to get that energy onto the grid. “One thing that is overlooked is that renewables also play a part in creating what is known as enabling services, or grid enabling services, which typically involve voltage and frequency stability in some cases for advanced technologies. If you are having distributed wind or solar farms across your grid, there are certain abilities that those distributed generation can have in strengthening your power grid if procured correctly from a technical point of view,” Visser commented.

Meanwhile, Isidori echoed the importance of relying on the regional power pools: “The solution lies in using existing power pools, utilising them in a more dynamic way. Other low hanging fruit solutions are in upgrading national control rooms in a lot of African countries because we need more visibility of the distribution level where a lot of renewable power plants are found. Because if we make them viable and visible in a national control room then we are able to know their behaviour and how to deal with them.”

When exploring the potential of offshore wind farms, Isidori said: “Offshore wind is literally blooming and Asia is the dominant market. The US is coming up as a very promising reality for offshore wind. So I definitely see the offshore wind industry growing around the world.” Regarding wind turbine developments, particularly for the offshore market, Isidori noted that in the last 10 years the industry had seen the development of wind turbine machines with the highest power. In 2018, a 10MW machine was introduced in the market for offshore wind application and recently an announcement was made that 12MW was expected to be commercialised by 2021. “Specifically, for onshore, what is relevant is the development of turbines for low-to-medium transmission compared to 10 years ago,” he added.

In the concluding remarks, Venn urged the live audience to remain passionate about the industry. “Wind energy is not just about wind farms. We create businesses – a typical PPA over 20 years is a billion dollars and therefore we create billion dollar businesses.” Advising on a way forward in order to unleash the full potential of the industry, Isidori said one of the key aspects to making wind energy appealing is to include local government in the planning stages in order for it to realise the local economic benefits. ESI

Facebook
Twitter
Linkedin
Previous articleIf no one dies, the risk is acceptable
Next articleTwelve reasons to transform utility distribution networks