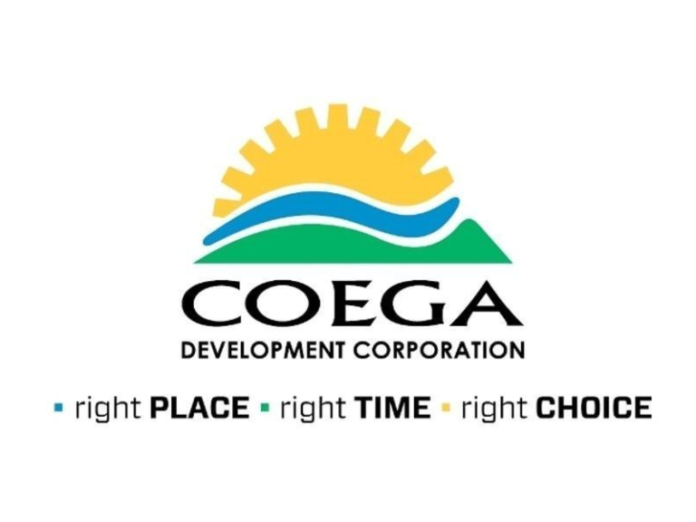 “The call by the minister is certainly in line with the various activities the Coega Development Corporation (CDC) has been undertaking in the past couple of years to advance its gas readiness capabilities,” says Sandisiwe Ncemane, CDC Project Development Manager: Energy.

“Within the next couple of weeks, the CDC will be engaging various stakeholders, within both the private and public sector, and inviting them to the Coega SEZ for a tour of the proposed sites and to update them on progress thus far,” says Ncemane.

With an established market for LNG within Coega, over the years, the CDC, in collaboration with the Eastern Cape provincial government, has put in place extensive gas market analysis and preparation to enhance Coega’s readiness for the implementation of high impact energy programmes towards an integrated gas economy.

“The Coega SEZ is one of the most advanced in terms of preparations for the LNG hub and is the ideal location for the associated gas to power programmes. One of the critical game changers for the CDC is the cost factor. The 342MW Dedisa Peaking Power Plant currently in operation within the SEZ has existing environmental authorisation for a 400KV transmission line between the plant site and the Dedisa substation, which reduces the costs of the gas to power project for investors quite significantly,” adds Ncemane.

Another factor is that the CDC, as early as 2006, undertook five environmental impact assessment (EIA) studies supporting the gas to power solution.

“EIA studies were concluded for rezoning of land in the SEZ, the establishment of a 400KV transmission line between the plant site and the Dedisa substation, and the marine pipeline servitude EIA, which is currently underway.

“Further, the 2015/16 department of mineral resources and energy and Transnet feasibility studies include the LNG terminal at the Port of Ngqura, identifying several berth options for its deep water seaport adjacent to the Coega SEZ. As part of the Coega environmental studies, in 2019, a draft scoping report was prepared for an integrated LNG terminal and gas to power solution at Coega,” adds Ncemane.

“We are also encouraged by the recent comments attributed to Transnet’s chief business development officer, Gert de Beer, on Transnet’s support and commitment of resources to the LNG hub intended for Coega,” says Ncemane.

“THE COEGA SEZ HAS WORLD-CLASS INFRASTRUCTURE; IT HAS PRIME AND SERVICED LAND THAT IS AVAILABLE TO HOST KEY GAS-TO-POWER PROJECTS WITH SPIN-OFFS FOR OTHER SECTORS”.

The Coega SEZ has world-class infrastructure; it has prime and serviced land that is available to host key gas-to-power projects with spin-offs for other sectors. In addition, the approved Coega Infrastructure Master Plan is in place. It defines the services corridor from the LNG project site to Dedisa substation as well as good access via the National Road (N2) and ancillary road network.

The short-term outlook is to import liquefied natural gas to trigger the gas economy, which would stimulate the exploration and production of indigenous gas resources in the Eastern Cape.

THE CASE FOR THE EASTERN CAPE

The significance of the Eastern Cape is that it is endowed with the possibility of both onshore and offshore gas, gas-driven power generation, and gas importation, handling and transshipment infrastructure, as well as industrialisation. Potential recoverable quantities of indigenous natural gas are in the order of 20 trillion cubic feet onshore (shale gas), and 26 trillion cubic feet offshore.

It has the potential to unlock a value chain of marine maritime services located at Coega SEZ, which could in turn trigger opportunities eastwards and small harbours along the Wild Coast. In line with South Africa’s developmental programme, indigenous gas extracted in this province must be beneficiated within the country’s shores, maximising the economic benefit yield within the region.

The Eastern Cape, through the department of economic development, environmental affairs and tourism (DEDEAT), has provided various gas support initiatives organised in a coherent framework and is well positioned to drive enablers for a gas economy.

DEDEAT has initiated a strategic framing process for the provincial oil, gas and maritime complex, which has provided much impetus, clarity and support for the socioeconomic development of the gas industry.

“In the broader perspective, the LNG hub at the Coega SEZ is perfectly located as it opens up a gas corridor towards the East and West coasts, and is a response to the recently gazetted South African Integrated Resource Plan (IRP2019), which makes provision for additional 1,000MW gas driven power by 2024,” adds Ncemane. At the Coega SEZ, within the energy sector, there are a multitude of operational investors, as a demonstration of the hard work, efforts and opportunities available in the Eastern Cape.

Some of the projects include:

• Dedisa Peaking Power Plant (Zone 13) – the 342MW Peaking Power Plant, located in the Coega Special Economic Zone, is a ZAR3.5 billion ($422 million) foreign direct investment. The project has been operational since September 2015 and created around 1,500 jobs during its construction phase.

• Lay Down Area (Port precinct / Zone 1) – abnormal cargo related to the Renewable Energy Power Producer Procurement Programme (logistics). This is a ZAR9 million ($633,466) investment that has contributed to the distribution of wind turbines throughout the EC.

In the 20 years since its establishment in 1999, the Coega SEZ has become one of the leading SEZs in Africa, as a gateway to African and world markets, a transshipment hub and Southern Africa’s most successful SEZ. To date, the CDC has delivered on its mandate to provide socio-economic development for the Eastern Cape, by enabling the creation of over 120,000 accumulative jobs since inception, with 45 operational investors, who have invested R11.579 billion in private sector investment and R9.53 billion in foreign direct investment.