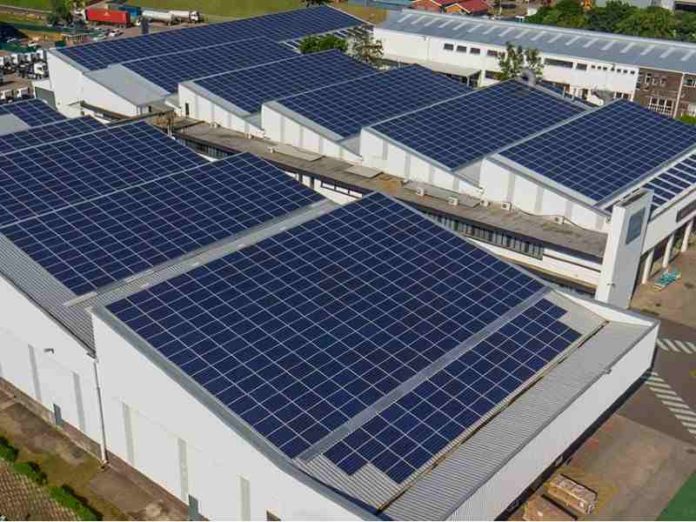 After grim days of loadshedding, South Africa’s future is brighter with the announcement that red tape is being cut for embedded generation projects of up to 100MW. OUTA, a non-profit civil action organisation, believes this long-awaited decision raises hope that Minister Mantashe will be replaced with someone who has the country’s interests at heart.

Today, after loadshedding that reached Stage 4 yesterday, President Cyril Ramaphosa announced that Schedule 2 of the Electricity Regulation Act would be amended to increase the licencing threshold of embedded generation projects from 1MW to 100MW. This frees up business and industry to build and use their own generation capacity.

Have you read?
South Africa: Embedded generation threshold to increase to 100MW

This is an urgent decision that has taken too long to be taken, due primarily we believe to Minister of Mineral Resources and Energy Gwede Mantashe’s apparent opposition to renewables. Indeed, Minister Mantashe’s recent budget speech in Parliament only raised the embedded generation cap to 10MW.

Liz McDaid, OUTA’s Parliamentary Advisor and Energy Advisor, explains: “This announcement by the President indicates a stronger commitment to reforming the energy sector, and particularly in pushing the transition away from fossil fuels towards renewable energy through increasing embedded generation plants, which we hope would include a lot of solar.”

She adds: “We hope that this opportunity is used to drive the manufacturing industry, which will help the economy get back on its feet.”

The 100MW limit is 10 times what Mantashe proposed

“The need for the presidential intervention in this is a clear indication to us that it is time for Minister Mantashe to be moved out, to make way for someone who understands and will drive a strong renewable energy future for South Africa,” says McDaid.

“Renewables are cheaper and expected to contribute faster to economic recovery. We question whether the current minister is up to the job.”

The President’s announcement shows he really understands the issues, and is being well advised by his Operation Vulindlela team, his Infrastructure and Investment Office in the Presidency, by Eskom CEO Andre de Ruyter himself, and by industry, mining and business associations.

Have you watched?
Let’s get more renewables on the electricity network

The President’s announcement made it clear that the relevant legal processes must be followed, which OUTA welcomes. However, the President said that the update to the Electricity Regulation Act schedule may take up to 60 days to gazette, which OUTA believes is far too slow. “What do they need to do? It’s a proclamation in a Gazette of a few lines,” says McDaid.