A childhood memory could bring alternative power to fruition 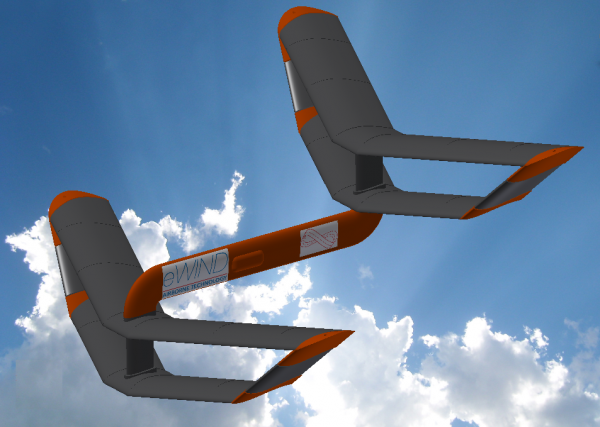 CEO of eWind Solutions, David Schaefer, is targeting the agriculture sector with his $50,000 kites that will enable farmers to generate power by harnessing wind power.

“Imagine when you were a kid in a field flying the kite. When the wind picks up you remember feeling that pull on the string. Well that pull is really energy. That’s what we’re doing. We’re harnessing that energy,” Schaefer explained.

According to Yahoo Finance, the project involves attaching lightweight kites to a spinning generator on the ground using a 244 metre rope. The kite, guided by software, twists in figure eights in the wind, pulling the rope and producing power. The tether is reeled in from the ground and the process repeats, much like a yo-yo, Yahoo Finance reported.

With research contantly seeking to improve existing power generating technology, these kites can be installed without the high associated costs of installation and equipment as well as being easier on the eye.

[quote]The agriculture sector is a primary target for Schaefer due to the large open grounds that they posses for farming and according to media the kites fly below the 500-foot limit set by Federal Aviation Administration guidelines.

Brennan Gantner, the company’s director of technical development said: “For all intents and purposes, the kite is a drone on a string tethered to the ground. We’re developing a drone, and we’re leashing it to the ground to generate electricity.”

“This will replace the traditional wind tower and the massive concrete base… so, it’s much simpler,” Schaefer optimistically said. He added that these kites are lighter and more efficient than traditional wind turbines and capture energy from stronger winds that blow at higher altitudes.

According to media, Schaefer and his co-founders invested an estimated $350,000 into the project and have received funds including $700,000 from the US Department of Agriculture.

The market can expect to see the product for purchase by 2019 as work still needs to be done around the control system to launch the kite, guide it in the air and land it if the wind dies down.

Competition hot on their heels

Eind energy kites are not new to the industry and the company faces competition from Makani, a California-based company owned by Google. However, these kites are larger and heavier and power generation happens in the air with rotors, media reported.

According to Yahoo Finance, eWind Solutions’ kites will produce far less power and are aimed at farmers who spend between $5,000 and $17,000 a year on electricity. The company estimates the kites would pay for themselves in three to five years.

Schaefer said: “Our kite could generate 45,000 kilowatt hours per year, which is equivalent to the annual energy usage of a small farm. It’s also approximately equivalent to five American homes.”

He added: “There are things we need to fix. There’ll always be things that need to be fixed and improved upon. At some point you gotta stop and we gotta just sell it and say it’s good enough.”